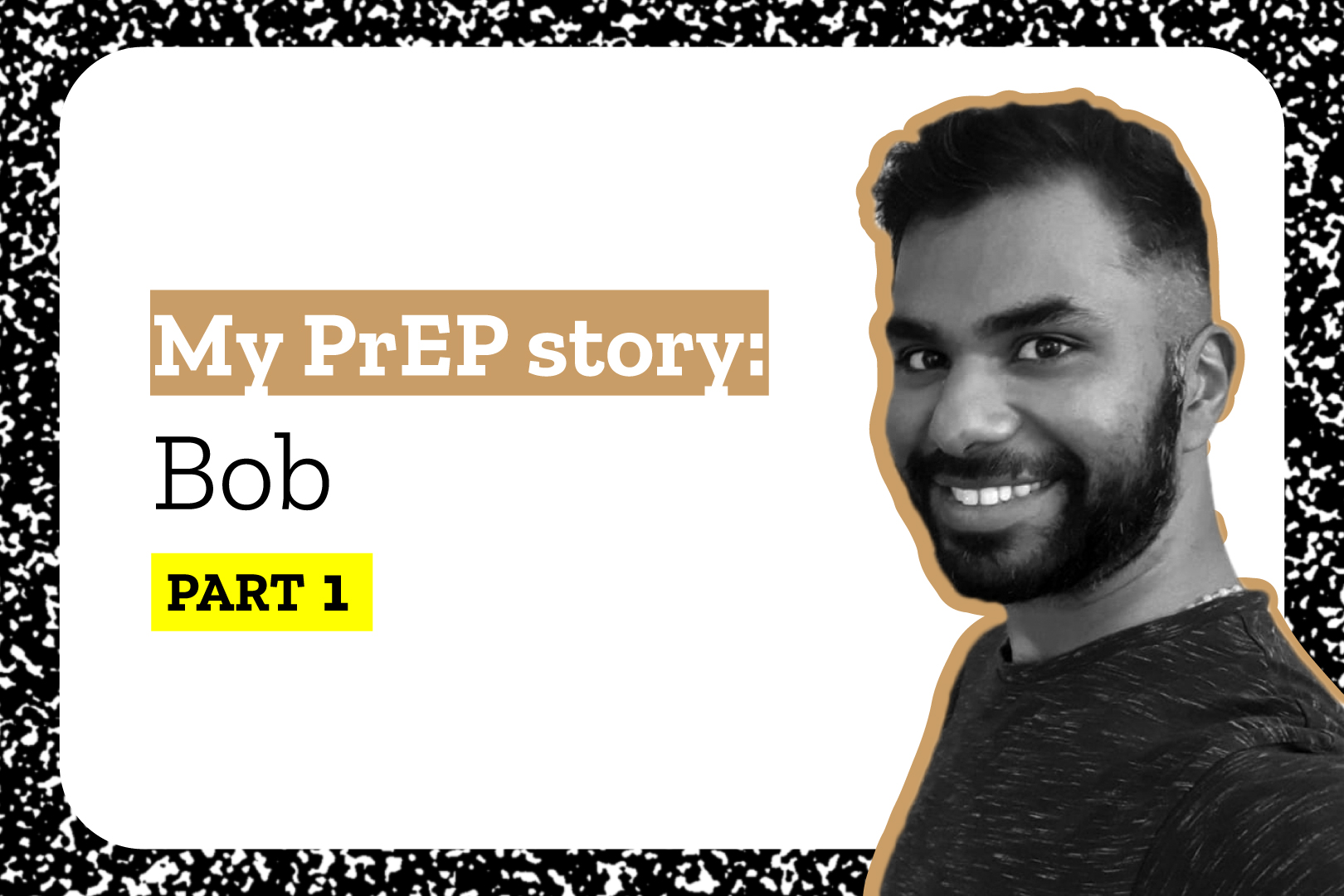 In Bob’s very first My PrEP Story, he talks about his relationship with PrEP and how it has developed over the years.

Strange: you’d have thought that in a pandemic-stricken world, we’d have gotten used to déjà vu. But somehow, I found myself almost reliving some elements of my journey with PrEP, somewhere during the third lockdown.

I decided to become best friends with PrEP back in the spring of 2016. This was very much an orchestrated friendship, one which I began to look forward to in earnest, post a series of events unfolding in my relatively benign sex life. I guess it all began when I invited a sufficiently drunk pixie-of-a-lad back home. That was perhaps the first time I consciously chose to ignore protection – protecting myself and him as well. It’s surprising how quickly you can shut down the rational voice in your head when you are too busy having much needed fun. The alarm bells wouldn’t stop the next morning though and I thankfully had the presence of mind to go to Dean Street for a PEP talk (pun intended :P). The nurse was the sweetest thing ever – he calmed me down and said that the risk was like 1 in 10,000. Or rather I had more chances of stepping out and being run over by a big red bus than testing positive. He advised me to stay put and get tested in 3 months for full comfort.

Obviously, I love to make my life more complicated. So, a fortnight later, I had another eventful evening, details of which may be better suited to nifty.org. This time, I went to a different clinic at Burrell Street by “Bear” Lane. The real reason was not because I was worried, I might end up talking to the same nurse as 2 weeks prior, but because I didn’t really want to address what was driving my recent nonchalance to my sexual health. Having emigrated from a country where sex in general is considered taboo and gay sex a legal conundrum, it had taken me a long while to even get comfortable going to sexual health clinics every three months, even religiously checking if my partner was clear of STIs. How had I moved from a relatively healthy position to being so blasé, so unconcerned?

Then began a long wait. I was hitting myself on the head because I had chosen to change the 3-month window, and potentially putting multiple partners at risk and perhaps this was a precursor of my mental health issues which really came to the fore later on that year, but I began going to various clinics at 4/6/8-week intervals as I was really beginning to freak out by then. I knew then without a doubt that if the universe were to give me a negative result at the 12-week point, I’d definitely start PrEP. I started looking into how I could get my PrEP delivered online – this was just before the NHS PrEP trial was being rolled out. I knew that the effects would be two-fold: not only could I rigorously guarantee my sexual health and of my partner (for the hour), but equally my own mental health too. Don’t get me wrong, I was still paranoid that someone would pull off their condom halfway through, or consciously use one which was torn at the tip. I guess what I really needed to address was my own personal stigma to HIV – why was I letting a virus dictate how I viewed myself as well as other people? I found that I had been using the excuse of ‘Ignorance is Bliss’ for way too long. I joined an HIV charity, learning to become comfortable with sex-positive conversations. I updated my dating app profile as using PrEP and condoms. A crucial point was really eradicating my ignorance of U=U (Undetectable = Untransmissible) and being open to HIV+ partners. I started taking PrEP daily, and it turned out to be a dependable friend, my paranoia decreasing as multiple 3-month check-ups passed, continuing to give me negative results. After being on PrEP for a year, some additional tests were done to check my kidney function. But I generally hadn’t had any noticeable discomfort from using it daily anyways. And in my head, the immediate sexual and mental health benefits far outweigh any potential long term side effects.

For the record, I used PrEP even when I had to start (well, experiment rather, with) medication for my mental health issues and my GP was so cool that she confirmed that there wouldn’t be any complications of using PrEP with antidepressants. But that was a nuance only for a year or so. Next month, I will have been on PrEP for 5 years now. That’s a stolid, reassuring friendship if you ask me. One that has let me grow and bloom in more ways than one.

But wait, what was all that talk at the start about déjà vu amidst the pandemic then? Well, you’ll have to wait to Part 2 for that 😛