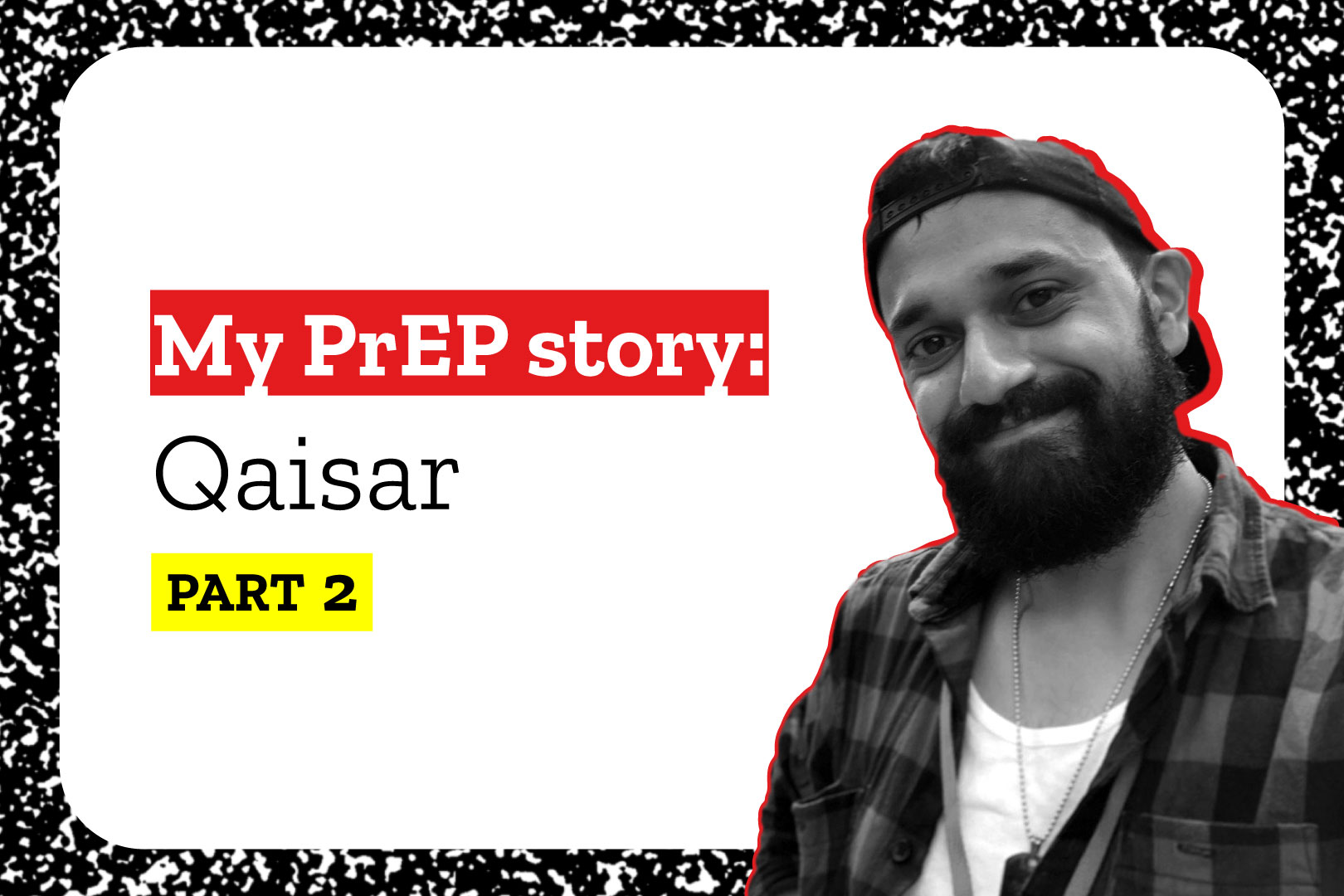 In his first MPS Qaisar talked about using condoms as his form of preventing HIV, in his second he talks about his experiences starting PrEP for the first time.

I’m not really sure why. Partly because I was featured topless on an ad hung in a rather well-known Soho sex shop, encouraging everyone to start popping blue pills – the kind that prevents HIV transmission, not the kind that keeps your dick hard – and I guess it counts as false advertising if I too didn’t start taking PrEP myself.

Of course, that’s not true – but after a year or so of building up an online dominant/submissive connection with a silver fox (his words, not mine) in Berlin, I’d wanted our first connection to be unwrapped. There’s something about the idea of skin-to-skin contact that I wanted to share with him. Call it romanticism. Call it the wages of finding out what your prostate can really do.

Since I’m already due for a health check-up, I swallow my fear of needles and allow a delightful Hungarian woman to draw a little blood and briskly test my HIV status before handing me a pamphlet and three small bottles of PrEP.

With a comforting smile, she then doodles the dosage schedule on a spare sheet of paper. I’m asked first if I’ll be taking the meds on an event-basis, or if I’d prefer to be protected at all times. Nodding to the latter, she explains that I start off with two pills, then each day afterwards I take one, and that’s it. I’m told to not overdo creatine and to be fairly consistent with dosage times, and at some moment I’m waiting for my projected self-loathing to show up in a judgemental facial expression or even an exasperated gasp on her part but nothing. She’s done this dozens of times before. In the eyes of the law, the clinic, and God, we’re all sluts.

In general, I’m very prone to side effects. I remember the anorgasmia that came from a paltry dose of antidepressants, the sweaty nights where nothing would come but frustration. I remember the rashes that broke out from some vitamin D tabs that stood in for the lack of sunshine on this horrid soggy island. So, I pop the blue pills and wait for the nausea, the headaches, the stomach pain…

…and nothing happens. I munch on a pain au chocolat and think, for once, the system works.

I won’t be so lurid as to describe my first experiences of condomless sex with my partner and others, beautiful memories formed both in Lewisham and Schoneberg in quick succession – but it does, at first, feel almost wrong. The barrier is no longer physical, and I have to put my faith in biochemistry over latex. It will take some getting used to, even if the physical sensations it enables are incredible.

So I have a three-month supply – and as with picking up a new gym membership or a Pret subscription, I’m keen to see how the further layer of protection changes my daily practice, especially since my sexual outlook has increasingly focused on quality over quantity. I’d like to think that being able to share even more with my partner – and those who hold the proverbial keys – will reinforce and strengthen those relationships, but if nothing else, it’s nice to know there’s always an extra layer of protection there.