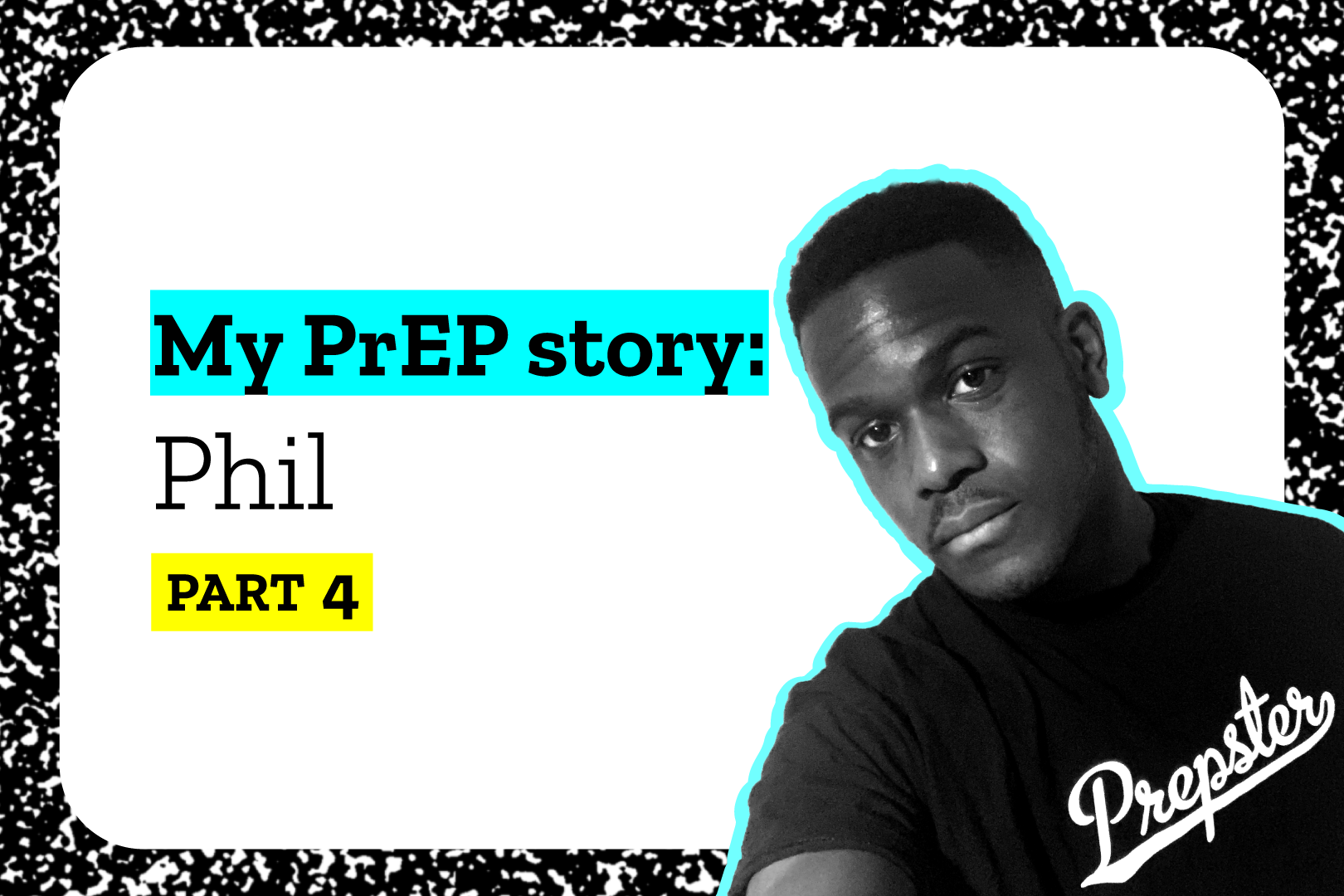 Not everyone can or does use condoms. There are other alternatives that we can support. In Phil’s 4th My PrEP Story he talks about why we need to come together to support people in the choices that are right for them.

Queer men are told they must ALWAYS wear a condom every single time. This is unrealistic and unpractical, even for those that practice safer sex by using them every single time. Wrong sizes can be worn which can be uncomfortable, can break and can come off during sex. Some people are allergic to latex. Some men face these problems then choose not to use them and others don’t want to use them at all.

There’s nothing wrong with condoms but it’s unreasonable to expect certain communities who have lived with the fear and trauma of a life-changing virus that’s still heavily stigmatised to prioritise STIs that can easily be treated. There’s no point in telling people to do something that they don’t want to do. Why do we as queer men HAVE to incorporate the sex we want with condoms? Even if we choose that we’re not going to use them we must justify that: typically condomless sex for us is solely acceptable if you’re in a monogamous relationship. That narrative must change, allowing us to be honest about the sex we are having as condomless sex is happening and always has. Why aren’t we allowed to have these conversations?

There’s something inherent in us about when we discover our sexuality; the internalised shame becomes ingrained in us, affecting the way we interact with the world and people we’re intimate with. HIV supported those notions that we are not right. For over 30 years, queer men only ever knew sex with condoms as “good sex”. When I was younger, I thought those who didn’t use them were wrong, not realising I was naïve. We now know much more about U=U, I can actively see the de-fetishising of “bareback sex” because there’s no life-threatening risk involved if you take adequate precautions. People saying “it’s a fetish” don’t realise these are out-dated opinions.

Some people hate the idea of PrEP because it normalises the sex we have. Actively supporting the freedom for us to enjoy homosexual sex would mean agreeing that it’s perfectly acceptable. I am tired of people who are not like me telling me what I should do with my sex life. I hate being asked, “why can’t you just wear condoms?” We never ask straight people that. When they choose not to use a condom, they had sex. You might ask if a condom was used, the guy might say “she’s on the pill” and then we say “not getting pregnant, then?” HIV is our unwanted pregnancy, the one life- changing thing we want to avoid. The choice not to use condoms is valid and should be supported as much as the choice to use one if said people are testing regularly.

I support condom use but again if people don’t want to use them, we can’t force them to. PrEP is relatively new; there’s a lot of confusion about how it works, and where to get it. We all know what condoms are, how they work, and where to get them. For some people, they are the best option as they’re cheap and can prevent other STIs being transmitted.

To stop HIV, we need to approach it as a community, both positive and negative people need to work together to end stigma. There are alternatives to condoms; we all should learn them so that we can make an opinionated choice and educate others. Let people choose what they want, don’t judge them for not choosing what you would, allow them to be honest and encourage them to go for a full STI screening every quarter.