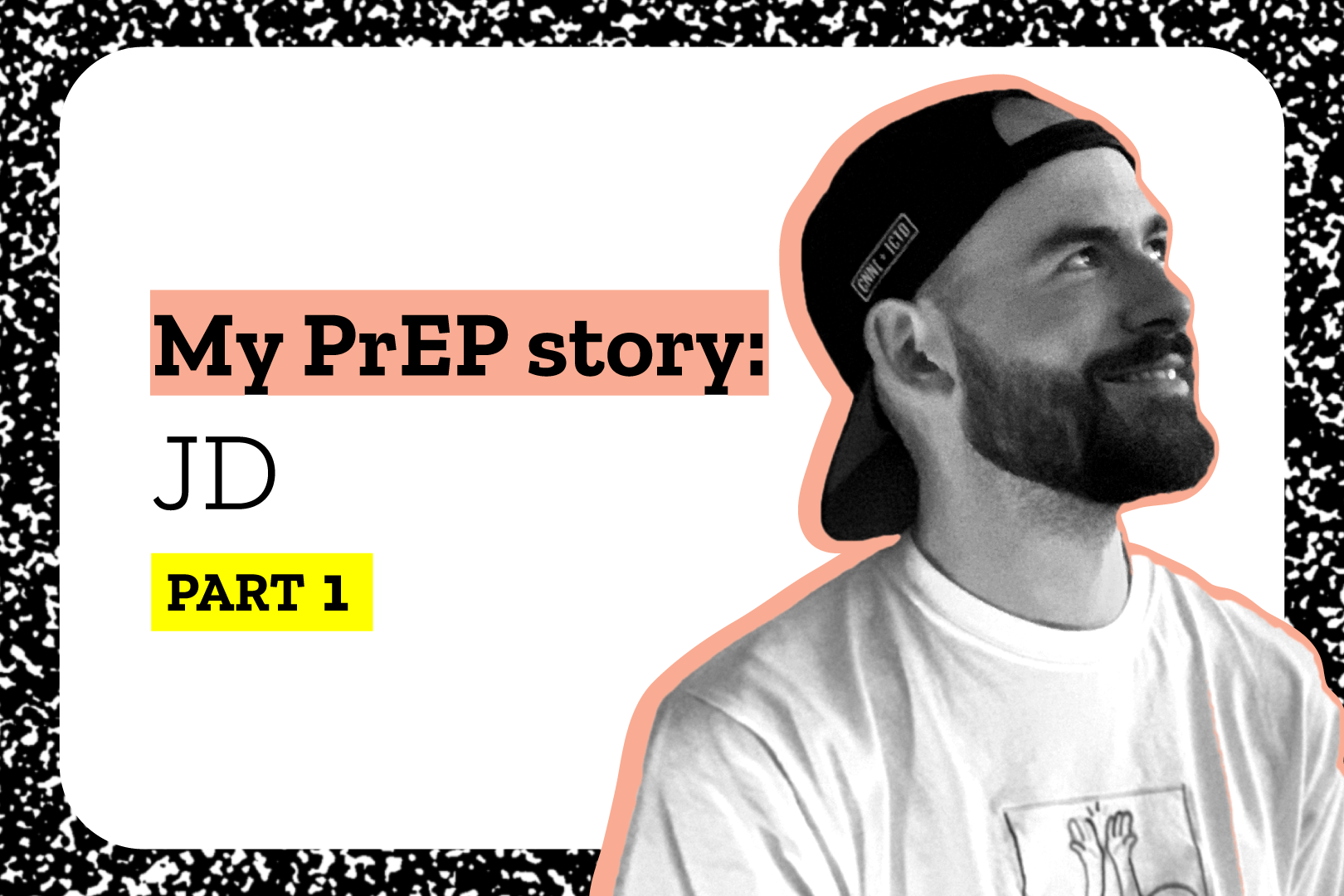 When JD moved to London he was hit by sensory overload – art, theatre, nightlife, queer spaces… and men! He started having sex that could put him at risk of getting HIV – and then found out about PrEP. In JD’s first My PrEP Story find out how PrEP changed things for him.

I remember my mother telling me: “I don’t want you die of AIDS” – at least, I knew that’s what she meant.

Freddie Mercury’s death of AIDS-related pneumonia was a high-profile reminder of serious health implications of being gay. When I came out, AIDS became my mother’s problem. Then before I left for university, she was gonna have to warn me about it.

“You need to know about condoms and safe sex.”

The conversation didn’t go much further. I knew it all anyway – HIV was something that happened in big cities, to men who have too much sex and maybe from toilet seats. At least, that’s what my drama teacher told me. Besides, even if you get it, you can live a full life just as long as people who do not have it and we have the NHS so treatment is free!

“Can’t only gay people get AIDS?” – but what did I actually know? I knew there were two options, condoms or HIV.

Moving to London in January 2014 for a new job was total sensory overload. So many new experiences at once. Art, theatre, nightlife, queer spaces… and men. I was having sex! With different people. Condoms. Always. Except when I was too polite to ask one guy to put one on or another time when I couldn’t stay hard wearing one. I was having sex that I was warned was a sure-fire way to get HIV.

Mistake made; panic; research PEP; consider side effects; anxiety; repeat; am I overreacting? How could I tell my mother if I contracted HIV?

In 2015 I found an article about IWantPrepNow.com. I send it to friends. We were all sceptical, was this real? Did anyone else know about this?

The HIV-prevention drug, the super expensive one, people were trying to get it in the UK. I couldn’t believe the website existed; it was so comprehensive. Ways to test the effect of the drug in your system. How to take it. Links to buy. Affordable!

I didn’t realise just how big a deal access to PrEP would be until it was in my reach. In my lifetime, a drug exists to stop the spread of HIV. One day it might be available on the NHS! Could we eradicate HIV with this? Sat at my desk in the office, I started to cry.

On Christmas Eve, I bought my first batch of PrEP online. By 2016, I was testing at Dean St and taking PrEP daily. I didn’t feel any side effects. It integrated into my life easily. Almost five years later, I’m on the IMPACT trial and I get a routine check-up every three months. I’m vigilant about my sexual health, I take advantage of the various sexual health clinics in London and use at-home test kits to get a handle on my status. I’m vocal about sexual health, I think talking comfortably about sex and sexual health goes a long way to keeping each other healthy. I talk with friends, colleagues, acquaintances and even to an extent my family.

My access to PrEP under the IMPACT trial will end in October 2020. I’m grateful that I will probably be able to afford to pay for PrEP again. Many others are also at a high risk for contracting HIV and have never had access to PrEP; because they haven’t heard of it, local clinics don’t know about it, they were ineligible for trials or trials were closed.

Access to PrEP must be widespread and inclusive to more than just cis white gay men if we are going to make HIV history.