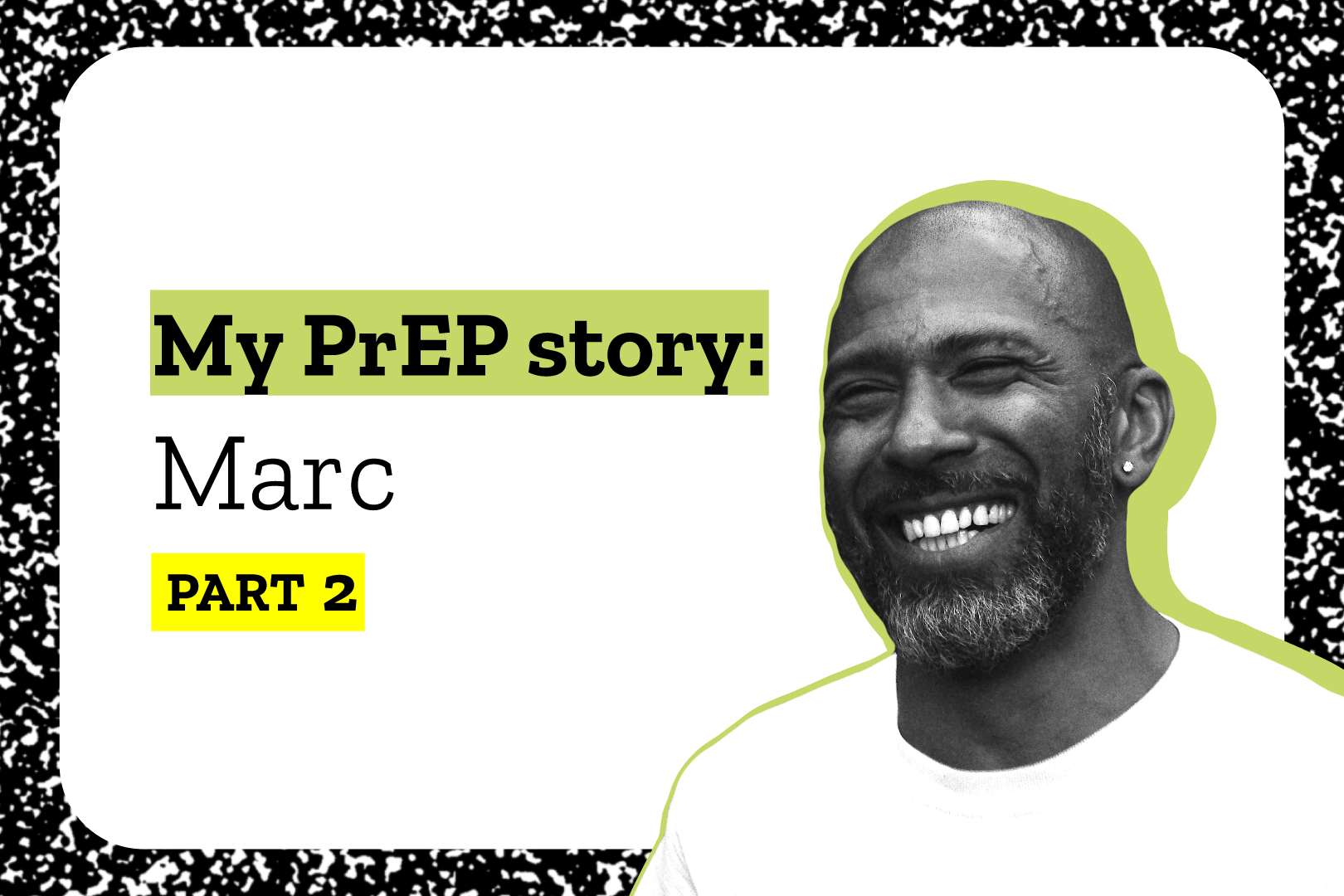 In his second My PrEP Story, PrEPster co-founder Marc Thompson talks about how the needs and voices of people with HIV shouldn’t be lost in the push for PrEP and U=U. In the drive for biomedical technologies, the sexual health and psychosocial needs of people living with HIV must not slip down the agenda.

As we enter the 5th decade of the global HIV epidemic we have the tools to end HIV and there is excited and optimistic talk of doing so by 2030.

Since 2016 the number of new HIV diagnoses have fallen across the UK. This drop has been seen most significantly among gay and bisexual men. According to Public Health England’s Progress Towards Ending the HIV Epidemic in the United Kingdom report in 2018, there was a 21% drop and new diagnoses have continued to drop by 20% between 2016 and 2017. If this trend continues we could well be on way to achieving the target of zero new transmissions by 2030.

This is great news and cause for celebration.

Whilst we celebrate the decrease in new diagnoses we shouldn’t forget that often those newly diagnosed men are young, men of colour or not British born. These are all factors that can lead to lower engagement with clinical and community services leading to poorer health outcomes.

However in the age of biomedical interventions such as PrEP and Treatment as Prevention (TaSP) and a drive to increase HIV testing, outside of much needed campaigns challenging HIV stigma, the sexual health and psycho-social needs of people living with HIV seem to have slipped down the agenda.

Despite good engagement with clinical care and achieving and maintaining viral suppression, gay and bisexual men with HIV are more likely to experience poorer health and well-being than gay and bisexual men who don’t have HIV. This includes being more likely to have other STIs (specifically syphilis), being co-infected with Hep C, reporting higher levels of drug and alcohol use, having poorer mental health and experiencing HIV related stigma and discrimination.

Women living with HIV also experience a range of issues that have a detrimental impact on health and well-being. Almost half of women living with HIV live below the poverty line. Over half have experienced violence because of their HIV status and nearly one third have avoided or delayed attending healthcare due to fear of discrimination.

These factors impact on an individual’s capacity to live well with HIV and may lead to chaotic lifestyles, a reduction in adherence and engagement with clinical care, or increased risk taking and onward transmission of HIV.

Throw into the mix that the population of people with HIV is ageing and therefore face an array of increased health risks, including a doubled risk for cardiovascular disease, a higher risk for kidney disease, lowered bone mineral density and osteoporosis, liver disease, certain cancers and neuro-cognitive impairment.

Researchers are still teasing apart why these health problems are more common among people with HIV. HIV treatments themselves can raise certain health risks. Also, certain behaviours associated with health problems—such as smoking, use of recreational drugs and misuse of alcohol—are more common in the HIV population compared with the general population.

The focus on increasing testing and ending HIV has shifted attention away from the health needs of people living with HIV. There is also an absence of a community response and the engagement of and utilisation of people with HIV as a resource for peer support and education.

The landscape of HIV prevention, treatment and care is always evolving. In over two decades we’ve moved from talking about HIV being a ‘death sentence’ to undetectable=untransmittable.

But in our rush to ‘end the epidemic’ are we leaving those of us with HIV behind? Are those of us taking our pills daily, not passing on the virus and therefore are key players in getting to zero transmission being forgotten?

So what do we do?

The full holistic lives and experiences of PWHIV beyond the impact of stigma need to be considered when developing interventions to improve our well-being. And most crucially people with HIV need to be front and centre in the design and delivery of the responses that are developed to support our needs.