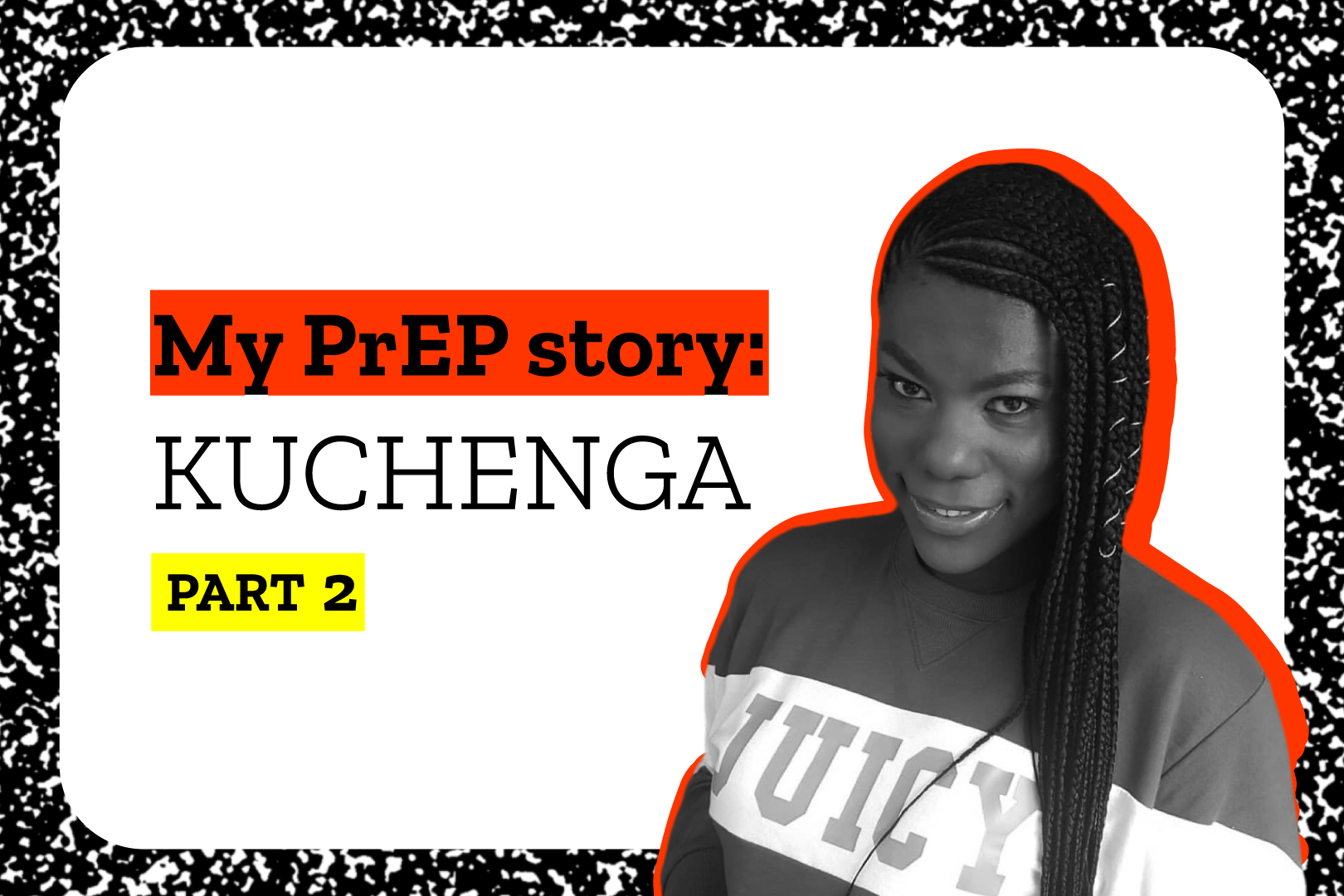 It’s time for us to give shape, form and colour to our unspoken concerns says KUCHENGA in her second My PrEP Story blog.

It’s easy for me to talk about smut and cock sizes and how ‘men are trash’ is a philosophical school of thought with my girlfriends. We cackle and unveil ourselves and our lives in front of each other without judgment. They send back some piping hot tea on their most recent BDSM escapades and the men that are begging to be pegged by them or some vulnerability breakthrough with a woman they’ve begun to get serious with. The tone changes when I talk about PrEP with them. There’s neutral silence when I discuss going to the sexual health clinic to get tested every three months and get my bloods taken. When one of them stays over, I notice the flash glance in the morning as I dole out my PrEP meds, hormones and vitamins from my divider and down them with citrus juice. Silence doesn’t ‘always’ speak volumes but in this case it does. The noiseless glances say several things:

Maybe I’m being harsh, but I don’t really think I am. Being trans means you can be very aware of someone’s thoughts even though they aren’t explicitly stated. Pronouns may be respected when I’m about and then discarded on my departure. Girls can compliment my curves and my highlight to my face, but behind my back talk about not wanting to f**k a man that I’ve been linking because “I don’t wanna get AIDS.”

I’m not free of judgment myself either. With my non-binary mates I am assessing the risks of the sex they’re having based on the gender they were assigned and the genders they are sleeping with. My face may remain neutral and expressionless but polyamory can raise an internal eyebrow. I remember watching when Alice in The L Word came up with the colourful diagram detailing both relationships and one night stands in the Los Angeles lesbian community. I remember thinking how something so jovial and light-hearted in that context could become so morbid if transposed on the San Francisco gay community of the late 80s.

As the LGBTQIA communities mutate, coagulate and reformulate in the modern day, we have so much grief to push through collectively. Following @theaidsmemorial on Instagram is both sobering and responsible for me to do and it helps keep me grounded. Even our allies like Beyoncé are aware of how we must honour those we have lost.  When receiving her GLAAD Vanguard award, she spoke tearfully of her Uncle Johnny who died of an AIDS related illness at the start of her career. The woman who has provided me and my girlfriends with album after album of rousing quality womanly anthems, provided us with a new blueprint of black excellence, interlocking her fingers with the iconic trans writer and producer Janet Mock on the red carpet. Beyoncé and Janet’s work both lift women up. As we prepare to run the world and make sure we richly manifest that the future is female, it’s time for us to give shape, form and colour to our unspoken concerns. Let’s also bring our testimony, through our writing, music and artistic voices, to the field of sexual health.