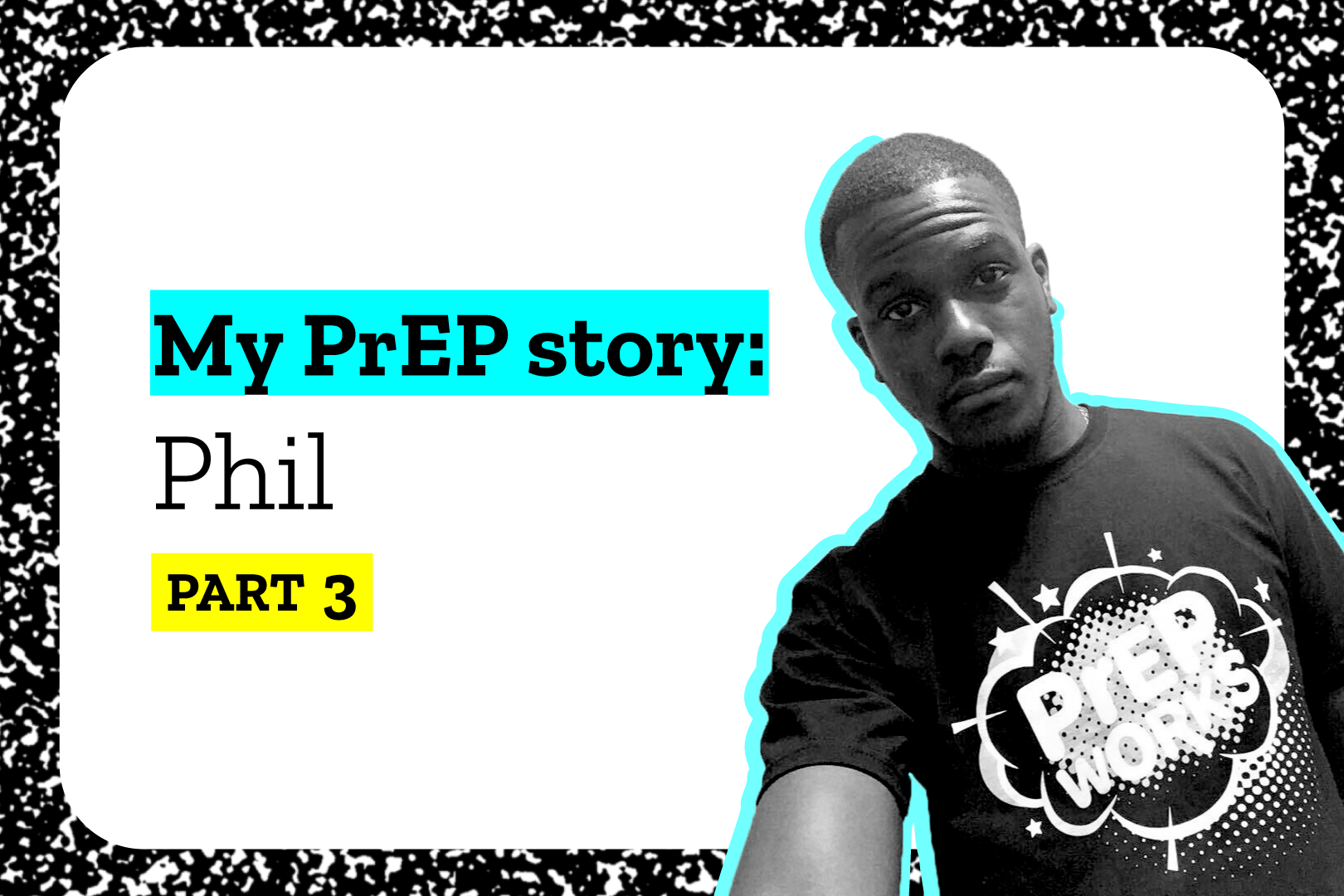 There is not enough research specifically on black queer men and what the motivations and barriers are for us accessing or not accessing PrEP. Charlie Witzel, a research fellow from London School of Hygiene and Tropical Medicine lead a new study on this to find out how to design specifically targeted programs and services that help black queer men to take PrEP, with Will Nutland from PrEPster and Adam Bourne from Latrobe University acting as co-investigators.

For the very first time in the UK, intersectionality theory was applied as an analysis to interview 25 black queer men to understand what was known about PrEP, our sexual history and risk, who our friends were and our past use of sexual health services. The study was conducted to find out why we are more likely to get HIV in the UK than white queer men. Even if we have very similar levels of testing for HIV and condom use; we still have almost double the risk of becoming HIV positive in a given year in comparison to our white counterparts. There are major health inequalities despite PrEP being an extremely effective method to prevent HIV and this research could help us tackle these inequalities.

It’s wonderful to finally see UK based concrete evidence that backs up some of the things that I have not only experienced myself as a PrEP user but I have seen in my line of work as a PrEP advocate who works in sexual health very closely with men of colour.

Some of the motivations and barriers that were found were very similar to those in other groups and have already been reported in many other studies. Some men worried about side-effects from PrEP or had concerns about cost. Others wanted to take PrEP to reduce their risk, or because they preferred sex without condoms, or both. Interestingly, there were things that were exclusive and unique to these men – the ones who had mixed groups of friends in terms of ethnicity, religion or sexual orientation for example found it very difficult to talk openly about their sex lives. They discussed this with other queer men who ended up being their main source of sexual health information. Discussing PrEP or condomless sex with other queer men can be really challenging as there is so much emphasis placed on condom use. This led to men taking PrEP (or those who wanted to) being extremely private about it, only speaking to a few people honestly.

The research explores how marginalisation and experiences of racism have a direct effect on PrEP being considered an acceptable form of HIV prevention. Black queer men are a minority within a minority, living in a heteronormative, white society that lacks visibility and representation, I know that feeling like this first hand can make participating in the gay scene and using dating apps difficult, making you feel unwelcome and invisible. We experience racism both in physical and online spaces as well as in and out of the LGBTQ community. Seeing people put racial ‘preferences’ on their profiles makes us feel excluded further. Racially charged online encounters with other men (including abusive messages) have always been a serious problem in our community and made evident in this study. We’re also sometimes on the receiving end of racist abuse or being inappropriately touched without consent in bars and clubs which makes us less likely to go. This can limit our exposure to PrEP information from campaigns and from charities, as these are key places where this is shared.

Many participants said they had to deal with sexual fetishism, sexual racism and negative, racist stereotypes from other men. In these stereotypes, black queer men are only thought of as sexually dominant, promiscuous, aggressive men with muscular bodies and huge dicks. These ideas were thought to be harmful by pretty much everyone, but were especially so for people who didn’t fit into these narratives. This meant that a lot of the men taking PrEP had additional complications because so much of the language used around black men and promiscuity was mentioned when talking about PrEP users. Because of that, for many, taking PrEP made discrimination worse. There was a significant minority of men in the study who took PrEP (or wanted to take it) precisely because of these ridiculous stereotypes. As they felt discriminated against for being black and queer, PrEP was a good way to guard against further stigma by protecting themselves from becoming HIV positive.

It’s really important that this work reaches black queer men especially young black queer men, discussion and support around PrEP needs to increase. We must remember that men in this study wanted to take PrEP to reduce their risk, or because they preferred sex without condoms, or both. All they want to do is have sex they want which is right for them with the least amount of harm. If queer men are the main source of sexual health information for one another, it is extremely vital that we all teach ourselves and others about all the preventative tools available today, how they work and how to access them. Black queer men especially need to be able to have open and honest conversations destigmatising PrEP amongst themselves and their friends from different backgrounds. PrEP might not be for everyone but it’s paramount that people feel able to talk about it without being judged. Investigators on this study suggest PrEP role models as a good solution; having visible examples of black queer men discussing PrEP publicly could make it easier for others to do the same with their friends.

If queer spaces and dating apps can make us uncomfortable and less likely to participate in the gay scene limiting our exposure to PrEP information, we must be reached in different ways. Investigators suggest trained PrEP peer navigators working in clinics would be useful. The navigators could provide enhanced information and support to specific risk groups, including black queer men, in a way that is culturally sensitive, meets their needs and makes sense for them. This has been done in the US with a good amount of success. The experiences of racism that were described by men in the study are both troubling and unacceptable. It is crucial that public health organisations, clinics and the voluntary sector include challenging racism in their everyday activities.

There are serious issues with a lack of awareness and inadequate access to treatment and prevention methods for HIV in general. This is even worse for many black queer men from countries and within communities that are disproportionately affected by HIV who might not be out to their families because they might not accept their sexuality, let alone a HIV-positive diagnosis. If they become HIV-positive they might struggle to find support that other people who are not like them could get easily. Having a strong support network is a privilege that not everyone has. The potential for rejection and isolation for these people is significantly greater. Within demographics that we work with that are disproportionately affected by stigma it’s especially important we provide all the tools and support we can across the board.

We need to do as much as we can to step up prevention and treatment efforts to ensure that they don’t find themselves in this situation, because a HIV positive status probably has more of a detrimental mental health impact and social implications in those communities than others. This is about equity not equality – it might take longer, it might be more difficult, it might even be more work to get more black men talking about PrEP, embracing PrEP, taking PrEP and telling their friends, but just because it takes extra work doesn’t mean that we shouldn’t do it.