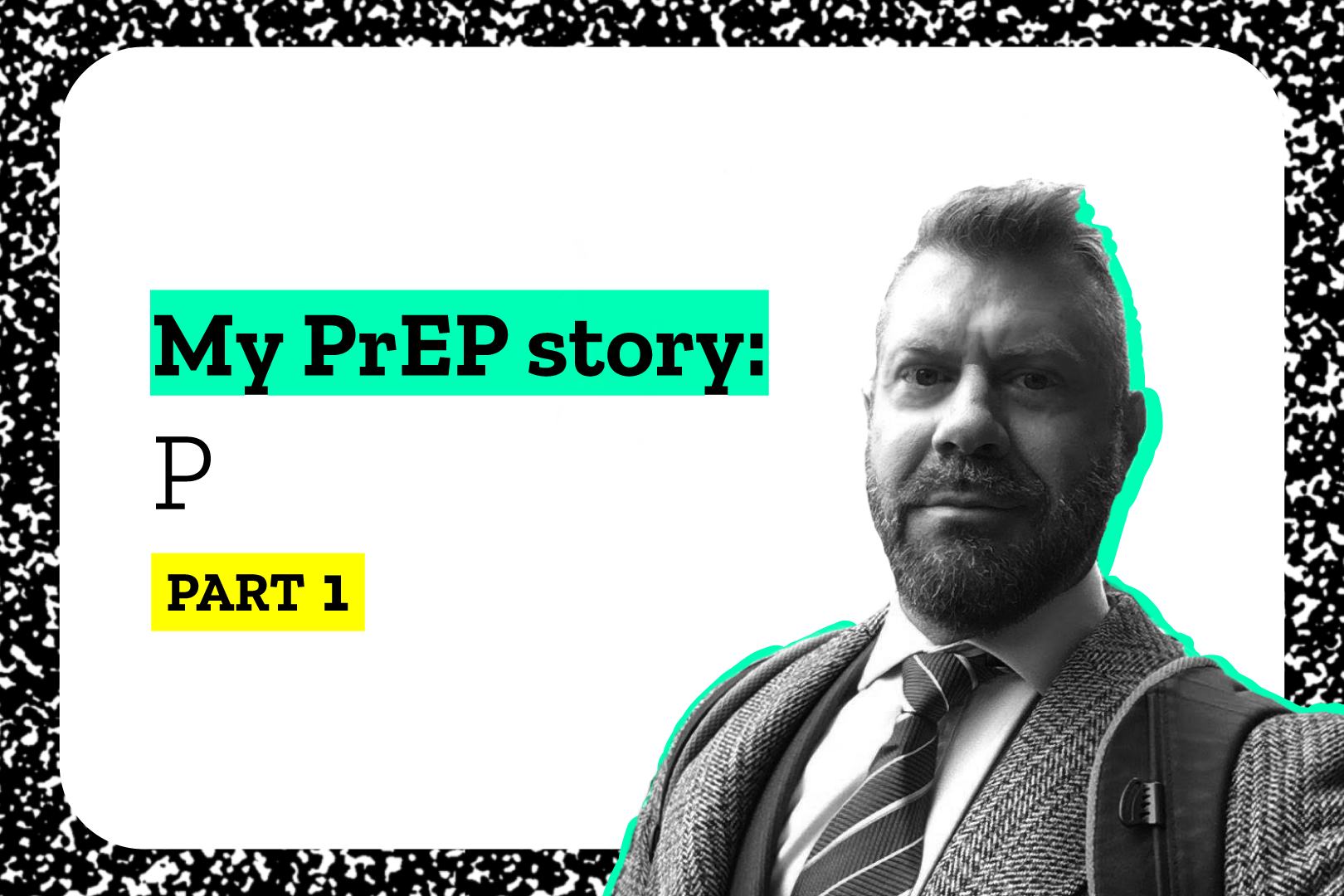 How did P Masters remember to take his PrEP? Find out in his My PrEP Story blog along with why a sexual partners’ HIV status no longer matters to him.

I’d been having ‘unsafe’ sex on and off for almost two decades when I was recommended for the PROUD study. Luckily the trial nurse and I hit it off immediately and he’s stayed with me throughout that trial and is now with me on the DISCOVER trial too. For the first 4-6 weeks I had fairly bad diarrhoea which initially prevented me from going out, but they gave me advice which helped a lot and it soon went, just as they said it would.

Since then it’s been smooth sailing. The most confusing thing was when they first counted my tablets and the number left over was more than it should be, meaning I’d been missing the odd dose. I was adamant I hadn’t missed any, but it kept happening! Eventually I realised I had to get a dosette box (with a compartment for each day) and now I can see when I’ve missed one, maybe once a year, but the visual cue of the dosette box next to my breakfast cereal means I only miss it if I miss breakfast, which is rare.

It’s meant I don’t worry about HIV any more because, when taken properly, PrEP is something like 99.9999% effective, far more than condoms which I no longer use. I have noticed more and more people aren’t using condoms and yet, somehow, I’ve only caught one STI in the last 5-6 years. This is probably just luck but may also be helped by being cut and ensuring I take a piss soon after a shag. That won’t help as much if you’re a bottom, of course!

The other thing I’ve noticed is the massive variation in how much guys know about PrEP. I’ve a clinical/managerial background myself and know quite a lot about HIV and sexual health, so I make a point of educating people. Some know all about PrEP whilst some have never heard of it – and try telling them about some miracle drug that effectively makes you immune to HIV and see if you’re believed! Too many guys have read the “86-93% effective” statistic, and again you’re faced with scepticism when you tell them it’s actually almost 100% when taken properly and studies must include those who don’t take it properly.

The most interesting thing is the divide between those who just take your word that you’re on PrEP, those wanting evidence (showing them your meds is the best you can do) and those who no amount of knowledge or showing meds will convince. I definitely empathise with the latter as they’re taking responsibility for their own health which is a great thing and should be encouraged. Attitudes to HIV seem to finally be changing as more either get on PrEP or learn about it.What matters now is that those who need it get access to it, and the NHS’s workaround of running the IMPACT trial neither meets demand nor allows for many at-risk individuals to access it.