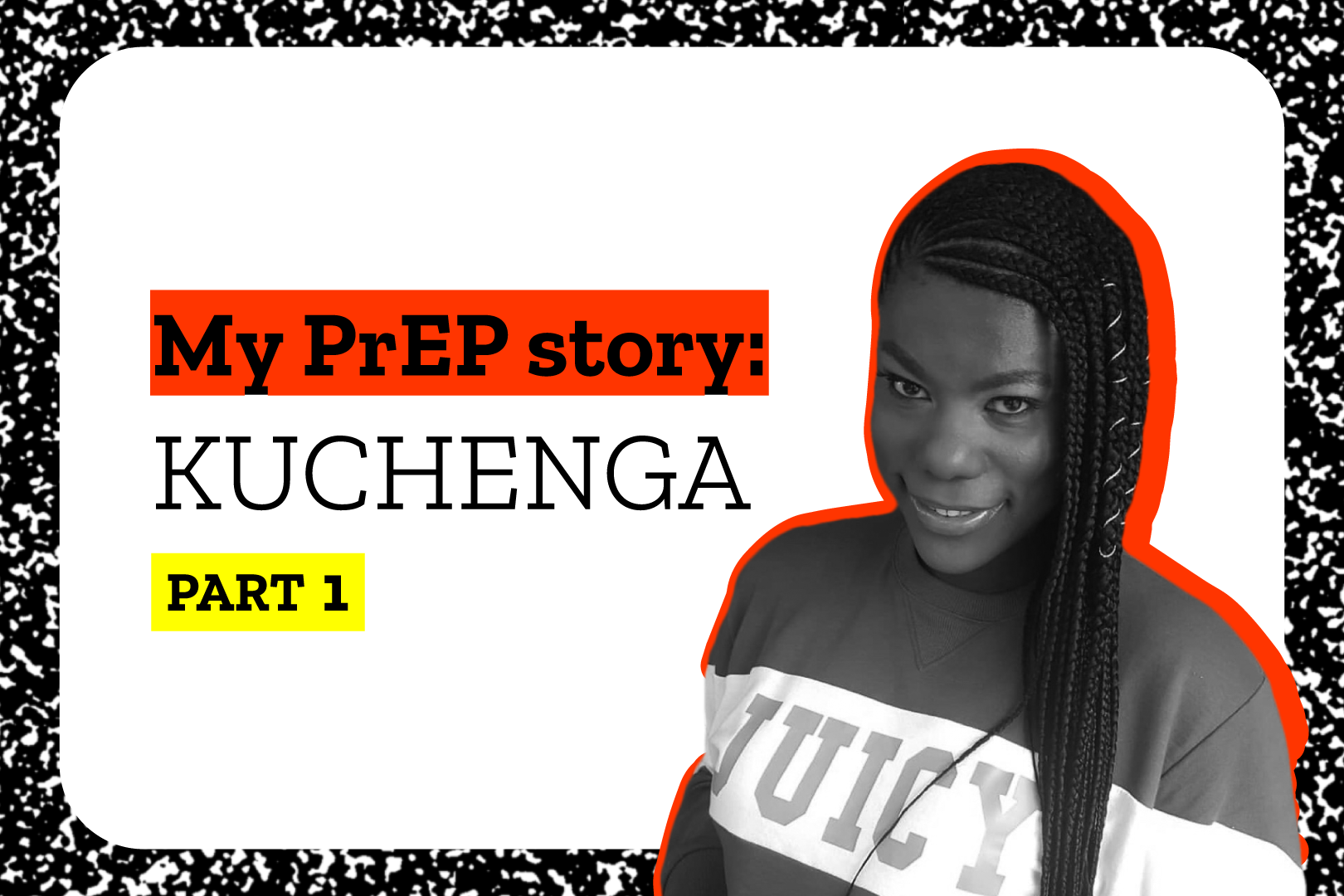 The majority of KUCHENGA’s sexual partners are straight. In her first My PrEP Story blog, KUCHENGA says it’s trans women who are educating straight men about PrEP.

Chem sex in gay male sexual space took me to the edge of death. In the clarity of the come down, I could see that my choice was either to transition into a life of truth and integrity or death. The omniscience of anxiety I had about death was fuelled by the pernicious pandemic of HIV/AIDS taking several of my Zimbabwean family members in young adulthood. As a 90s kid I remember “You’ve got aids!” being squealed at me by bullies in the playground, who felt it to be justifiably interchangeable with ‘the lurgies’. Scenes from films like ‘Philadelphia’ intermingled with memories of sad visions of lonely emaciated men at The Lighthouse in Notting Hill, a former centre for HIV/AIDS patient care where my just about liberal dad took us to visit his friend who worked there for a long while.

Then I got sober. After twelve years where I had not had even one day without a substance to make my unbearable life bearable, I moved towards the truth. I came out as trans in a portacabin on a sweaty day in July in floods of tears. The space was not ‘safe’ but the deed was done. In rehab, a bisexual peer consoled me after a devastating outpouring about all the sex I had been having that was the definition of ‘unsafe’. He said that the fact I was HIV Negative was a miracle. He was right. My life is a miracle really. I survived homelessness, sexual assaults and abandonment. My external scars are visible but they have smooth bevelled edges. My internal scars have been assuaged, cauterised and tended to by continued therapy and a vow to make my transition magnificent.

I could not have known that my transition would require me to become a sexual health educator. The majority of my sexual partners as a trans girl are straight (don’t @ me). They have not grown up surrounded by an informed community of people who had condom and lube packs handed to them by Terrence Higgins Trust volunteers on Hampstead Heath or at Chariots saunas encouraging them to get tested. Their attraction to trans girls isolates them. I am the first one to tell them about the benefits and the limits of prep. I have YouTube videos with graphics and statistics favourited for easy sharing. Their ignorance is galling because it betrays the ignorance bred by a society which insists on denying them the connection and intimacy that queer and trans peoples sacrifice so much in order to gain. In an interesting turn of events, I believe the sexual lives of straight men can be saved by the miracle of trans girls’ survivals.