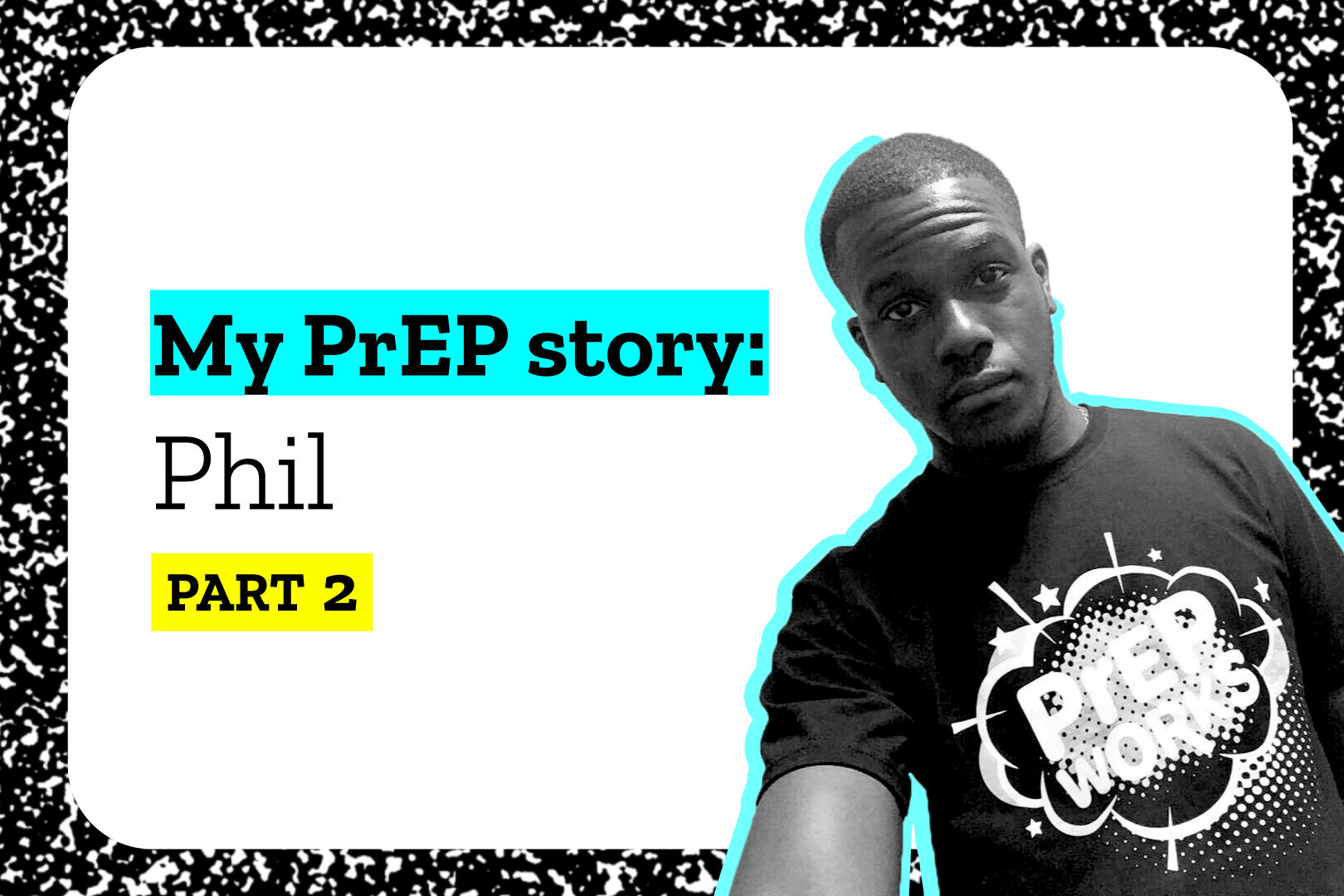 Phil Samba has been on the PrEP IMPACT Trial for five months. In his second My PrEP Story he talks side-effects, dosing and having sex with HIV positive men.

I’ve been on the IMPACT Trial and taking PrEP daily for five months now. I have had absolutely no side effects apart from the very first day I started the medication. I prefer to take it daily rather than event-based dosing – where it is taken when you are going to or are likely to have sex, even though it is just as effective.

Event-based dosing consists of taking a double dose of PrEP (two pills) before you have sex. This should be between 2 and 24 hours before sex, then a single pill needs to be taken 24 hours later and another single pill the following day, 24 hours after that. I’ve decided to go with daily dosing because if I accidentally miss a day I will still have enough protection against HIV and, to be honest, my sex life is not always that organized to plan ahead!

Although, it may not be organized, I feel like now I have much more control over my sex. There is no more stress and anxiety about HIV transmission and I can completely relax when having sex. Before I started using PrEP, it would be playing in the back of my mind during sex or almost immediately afterwards.

I have been back to the clinic for my first follow up where I received a full sexual health screening, I answered a few questions about how I’m doing on the trial and left with another three months supply of PrEP.

Since stating that I am on PrEP on dating apps a lot more HIV positive men than ever before have contacted me. I didn’t have an issue with dating men with HIV before I started using PrEP. But I’ve had plenty of conversations discussing how stigma is gradually being reduced and positive and negative men are being more connected than ever because of PrEP, education and awareness around HIV transmission and viral load.

I have done my best to try to inform and educate as many gay and bi men about PrEP and where they can get it. In my experience, most guys have heard of it but there are lot of misconceptions about its effectiveness and the side effects. We need more platforms discussing experiences of being on PrEP from people who are on trial, like this blog.

Please come back and see my next blog to find out how I’m doing on the trial.