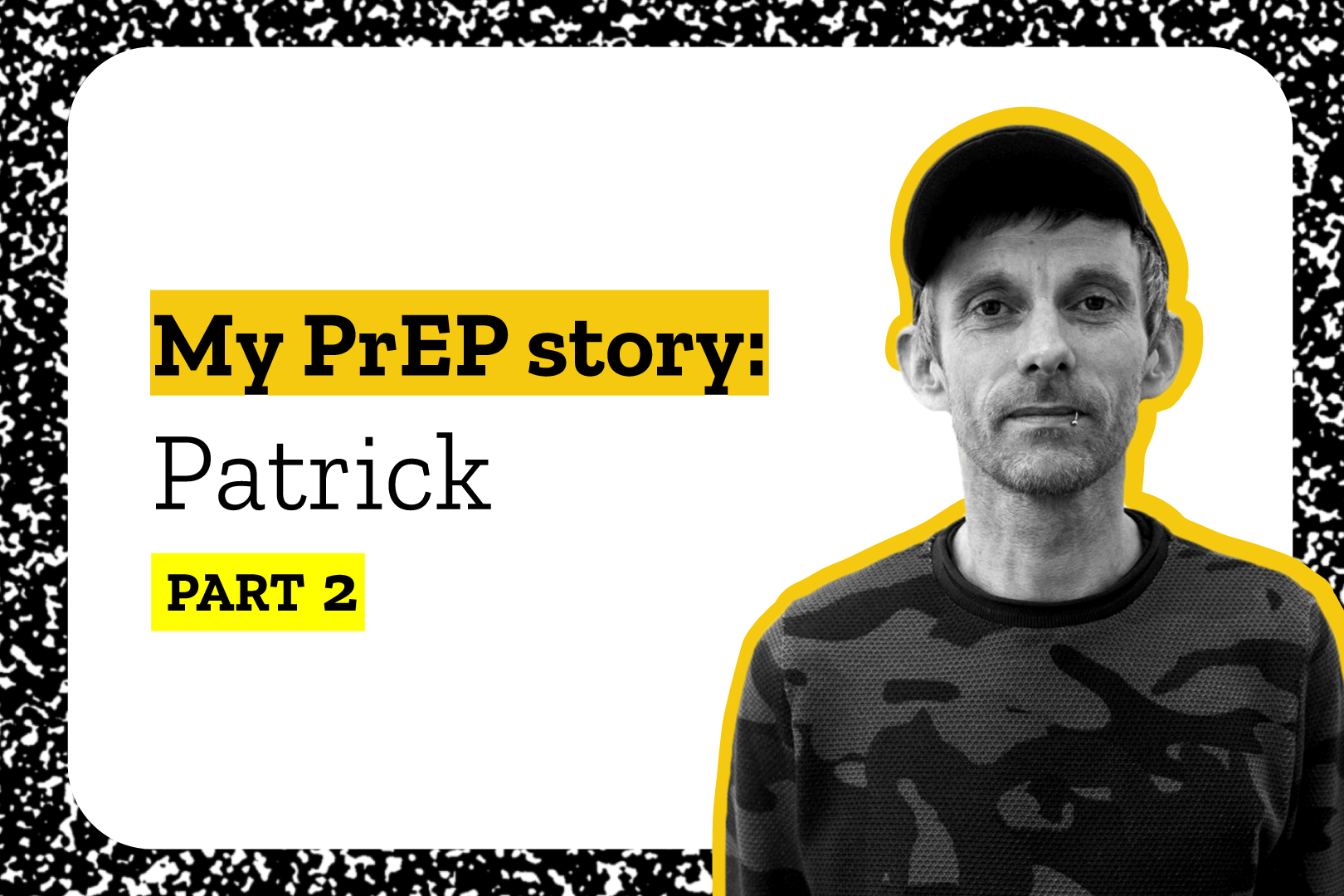 In his second My PrEP Story blog Dr. Patrick Baxter talks about being on Gilead’s DISCOVER Trial. What’s the Trial attempting to do? And why the lack of community consultation? And is he really using PrEP?

A Voyage of Discovery or Pawn in Big Pharma’s Game

My PrEP is very important to me. It feels odd somehow using the possessive pronoun in this regard as it could be argued that it is in fact the possession of Gilead Sciences Inc, and furthermore there remains a question as to whether it is clinically effective as ‘PrEP’.

I am a participant in Gilead’s (developers of and the patent owners on Truvada) ‘F/TAF for pre-exposure HIV-1 prophylaxis in men & transgender women’ trial, or the DISCOVER trial. The trial is being conducted across 92 sites in North America and Western Europe, has enlisted 5000 participants (all men and transgender women who have sex with men), is entirely self-funded by Gilead, and here in the UK is being conducted and facilitated by local sexual health (GUM) clinics within NHS Foundation Trusts.

The trial is a randomised, double-blind study that lasts three years. Participants in the trial daily dose on two pills: one of which is a drug and one of which is a placebo, and neither myself nor the research team know which until the end of the second year. In my case that will be more or less this time next year.  Consequently I am either dosing on an experimental drug containing both emtricitabine and tenofovir alafenamide (F/TAF, which has the trade name Descovy) or F/TDF – more popularly known as Truvada, a brand name now synonymous with PrEP, which contains emtricitabine and tenofovir disoproxil fumarate . Whilst both drugs have been clinically approved for treatment of HIV, only Truvada has been approved as a highly effective preventative measure against HIV transmission, in other words as PrEP. The stated aim of the study is to establish if Descovy is safe and effective for use as PrEP against HIV-1 inflection in ‘healthy’ (i.e. HIV negative) adults from the two distinct demographics I mentioned above.

Despite being an active participant on the trial I have serious misgivings about it. Nowhere in my consent to participate in the study does it state that I am bound by a non-disclosure agreement. Nevertheless I will in this text proceed with caution and keep my observations and personal experiences more generalised rather than specific.

Firstly to provide some background and context to my enrolment on DISCOVER. I had for a number of years been in constant engagement with Sexual Health services, having been long-term placed in a high risk of HIV infection category at my local GUM. I lived for more than a half a decade in an unbroken window period, and was understandably quite eager to access PrEP, though frustratingly missed recruitment for the PROUD PrEP study by a whisker. Early last year a strange confluence of events occurred in my life. I was at the end of funded PhD studies and not yet in full-time employment; my financial situation moved from one of relative, precarious comfort to absolute dire straits very quickly. I had been self-medicating on the generic PrEP Tenvir-EM for about a year and was very satisfied with the results as I was for the first time truly able to enjoy the ‘high-risk’ sex (i.e. the sex I wanted) I was having. The change in financial circumstances was putting a strain on my PrEP provision as I could no longer afford the medication – thankfully a dear friend and my mother* stepped in on separate occasions to cover the cost.

Another change that happened was that I decided to get back together with a guy I love and admire very much, and to try monogamy. Perhaps unsurprisingly this didn’t work out as planned and a number of months later I was back in what sexual health professional sometimes refer to as a ‘season of risk’, or what I refer to as my sex life.  And although I was unaware of this at the time, despite frequent testing, I was also undergoing a particularly bad bout of Syphilis.

Out of this maelstrom I happened upon an email from my local GUM saying that they had my name on their list as a candidate for PrEP, that there was a trial imminent, and would I be interested? Hell yeah! I would like to preface the following comments by saying that I have a really good relationship with the DISCOVER research team and have had in the most part had a generally positive experience of my local GUM service. I was aware that the PrEP IMPACT trial was in the pipeline, and therefore naturally assumed that was the trial I would be enrolling on.  I was a little disconcerted to discover this was not what I was actually signing up for. I am not saying that I was led to believe that I was signing up for IMPACT; I am saying that it wasn’t clearly stated from the outset that I wasn’t signing up for IMPACT.

Inconsistency, vagueness and contradictory information have persisted throughout the last 12 months. Questions over whether DISCOVER is an efficacy or toxicity trial (in relation to the contention that Descovy will have less of an impact on the renal function and bone density problems experienced by a small number of PrEP users) seem to differ depending on who I speak to at a given quarterly appointment. From the very first enrolment appointment, I was assured by a number of specialist clinicians that despite the double-blind structure of that trial I am without a doubt on PrEP, yet Descovy hasn’t been approved as PrEP medication and there remains a 50% chance that it is what I am daily dosing on.  A stipulation of the trial was that I had to come off the generic PrEP for a month before starting on my current medication, potentially putting me at risk during that period. On the plus side the Syphilis was very promptly uncovered, ending a particularly physically painful few months of my life.

If one is to look at the manner in which the IMPACT trial has been rolled out, confusion and inconsistency largely reflects how the NHS in England approaches PrEP. I also have a few misgivings in terms of how mainstream sexual health services approach the well-being needs of patients, however I will expand on both these points in a later blog, so for now let’s stick with DISCOVER. It goes without saying that my well-being is not exactly of primary importance to Gilead. Having had a background in anti-capitalist politics and grassroots organisation for most my adult life, I find myself in a very usual position partaking in a trial that will likely prove profitable to a large biopharmaceutical corporation.  Furthermore, I am knowledgeable enough and have a keen enough memory to be cognizant of the checkered history big pharma have had in relation to antiretroviral medication.

A number of PrEP advocacy and HIV activist groups globally have pointed to the lack of community consultation on Gilead’s behalf and called for the trial to be halted until such a time as those affected by HIV have the capacity to help shape the framework of the research. Descovy is essentially a slight tweaking of Truvada- replacing tenofovir disoproxil fumarate with tenofovir alafenamide.  There remains a suspicion that when Gilead’s patent expires on Truvada (2020 in the UK, though the outcome of a court case is still pending) that Gilead will use the ruse of Descovy as a ‘new and improved’ PrEP in order to sell the medication at an inflated price to national healthcare systems and high-risk communities to shore up any potential profit downturn from Truvada patent loss – it’s interesting to note that through IMPACT, the NHS are using the generic Ricovir-EM.

When I have raised these concerns with the DISCOVER research team they have proffered the argument that they believe that Descovy will have a positive impact on renal function and bone density and therefore widen the net of people who can access and benefit from PrEP.  This of course could be true but naturally remains to be seen.  There is also the argument that given that austerity era squeezed position of the national healthcare system that the money simply doesn’t exist to carry out this type of large-scale clinical research and only a large corporation like Gilead have the finances, knowledge and capacity to do so – I grudgingly accept the realpolitik of this argument.

However, questions remain. Why the lack of community consultation? Why the vagueness around whether DISCOVER is an efficacy or toxicity trial, or is it in fact both? Am I on PrEP or something else? It may seem oddly naïve but in terms of the way I live my life I have to believe that I am on PrEP, and baring some monumental fuck-up on Gilead’s behalf the slight tweaking of the drug combinations suggests that either way I am.  I am not entirely sure I would still have made it HIV negative to IMPACT which seemed like forever to kick off, so I suppose DISCOVER was a ‘blessing’. Nevertheless, the notion that my health is now in the hands of a multi-national corporation does give me the occasional disquieting pause. I am off to grab my morning coffee and take my daily dose – the weekend awaits.

* At this time I had a very warm and frank conversation with my mother about HIV, PrEP and why I need to access it. It was very heartening to see how open-minded to PrEP a simple Irish country woman could be, somewhat disheartening that such insight and compassion isn’t necessarily displayed by people in positions of power in relation to a full roll-out of PrEP to everyone who needs to access it.