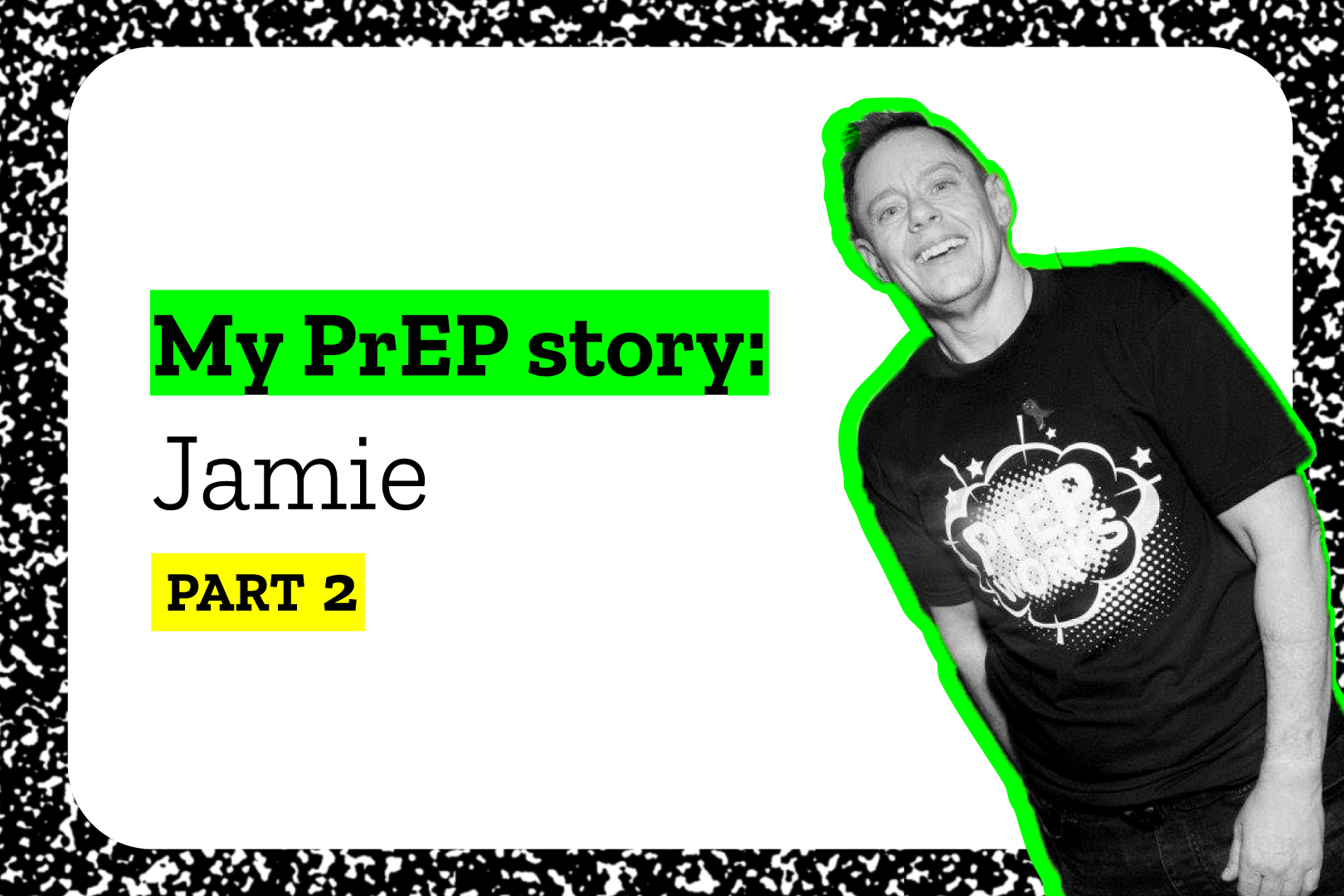 When Jamie Jaxon came away from the European PrEP Summit he was determined to start making ripples. In his second My PrEP Story blog, Jamie says it’s time to get those conversations going.

If you’d like to add your voice to My PrEP Story email hello@prepster.info

I’m writing this a month after I had the privilege of attending the PrEP in Europe summit held 9/10 Feb 18 in Amsterdam. Roughly 120 PrEP activists and advocates, mainly from Europe, were there to impart their knowledge and devise ways to promote HIV prevention to those who need it.

The 2 days were packed with passionate speakers and valuable insights into how other countries are implementing PrEP. The summit explored the barriers to implementing PrEP and where things have gone well. One session that resonated with me was on reaching groups that are currently not well targeted, including women, migrants, and trans people. The premise was to get those that are part of that group to speak up. Later that day I was asked to speak about how to reach transmen.

There was another action that I was inspired to implement when I left the summit: Yannis, one of the speakers talked about finding and engaging people in the right places. His challenge to us all was to find 5 people to talk with about PrEP and to amplify the message. If we all did that, there would be a ripple effect of information spreading out.

So, I went home and over the next few days looked at getting a list of UK based transmen who speak up about PrEP. Aside from people at places like CliniQ in London I drew a blank, especially from high profile transmen. The YouTubers, those invited to TV trans debates, bloggers etc may talk about sex but rarely, if ever, about sexual health.

At this point I realised what others had told me – I make a difference. Again I apologise to those that have said I have a voice. I hadn’t realised how few transmen talk about sexual health in general let alone HIV and HIV prevention. This needs to change. There are transmen at risk of HIV. The tools are available to evaluate that risk and take preventative measures as appropriate.

So, we need transmen to incorporate PrEP into their films, blogs/vlogs, stories, etc and everyone who tells their friends is creating a ripple. The seemingly small things make a difference:the one person you talk to may not need PrEP but someone they know might; the card left in a shop/bar is taken by the transman looking to explore how their changing body impacts their sex life; the film where the trans character casually mentions they are on PrEP with their mates.

Let’s get that list of vocal transmen. Let’s get people talking.

The more ripples made, the bigger the reach, and the quicker PrEP gets to those that need it.