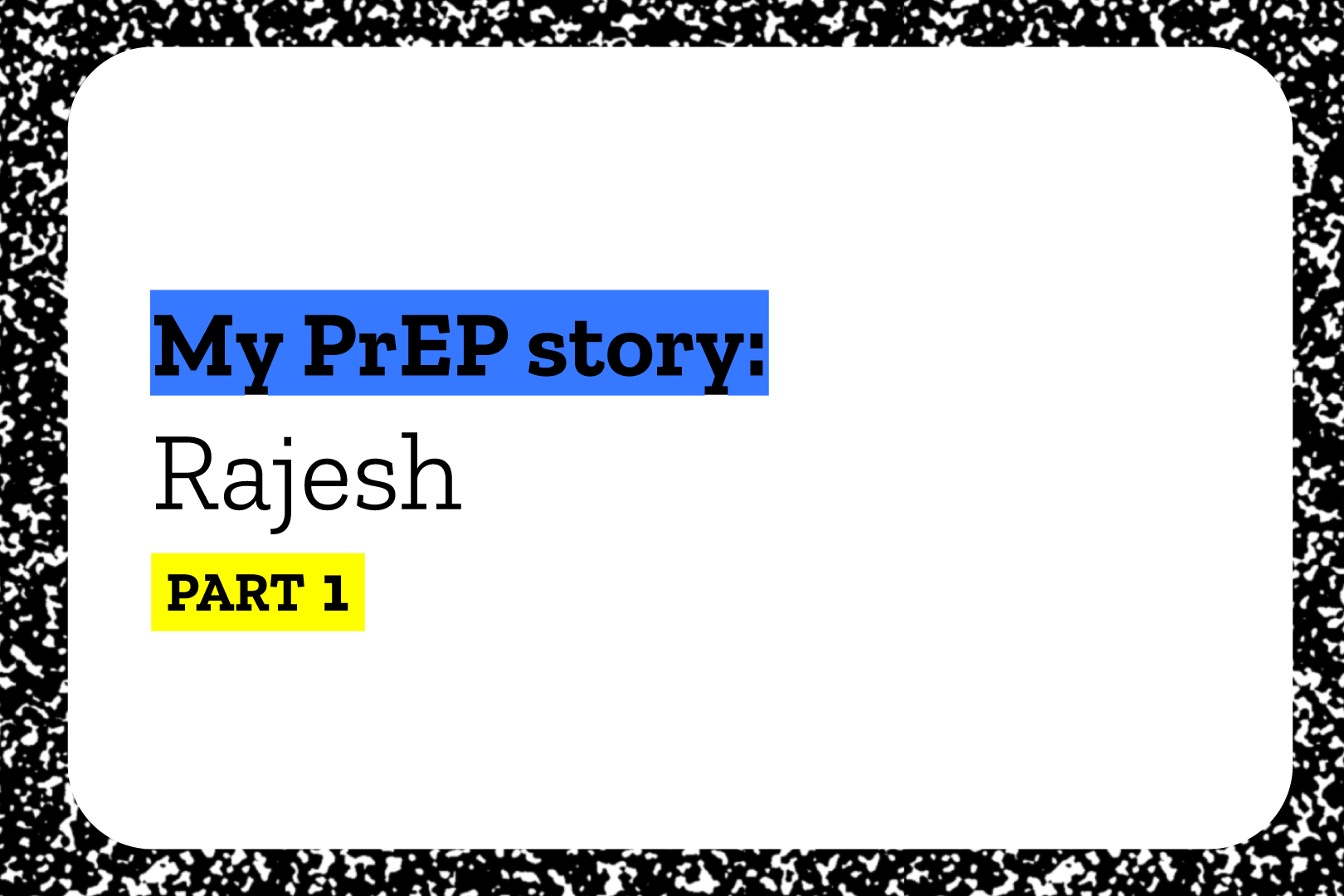 What lead Rajesh into deciding to start on the IMPACT Trial? In his first My PrEP Story blog, he describes the key moment when he decided it was time to take control.

‘I’m really sorry about this, but I tested positive for HIV…’
My heart starts racing.
‘… and I think you should get tested, just to be sure.’

My mind veers all over the place.
It’s only been two weeks; I can’t get tested yet.
I was only inside him for about a minute — probably less? — before putting the condom on.
I wish I was on PrEP.
He was undiagnosed; viral load would have been high.
The chances are slim, but what if…?
Why am I not on PrEP?

If I’m completely honest with myself, I know this could be it. All because of that momentary thrill of feeling flesh on flesh, slipping inside, without having to pause to put on the condom, and without him telling me to — because he was enjoying it just as much as I was; yet also making both of us vulnerable to infection, however brief that moment was.

If I’m completely honest with myself, I’ve allowed this sort of thing to happen more often than I’d been willing to admit to myself for a long time. Flashbacks happen in quick succession.
The guy whose cock felt so good and who had so much precum that I just let it slip inside me.
The guy from Grindr I met late at night who didn’t have a condom (and neither did I) but still wanted me to fuck him.
The guy who came inside me only to discover that the condom had broken without either of us noticing, but I couldn’t take time off to go to the clinic due to work — I didn’t know back then you could also get PEP at A&E.
The guy in the darkroom who said he was on PrEP so I could fuck him raw.
The guy who was so cute and who wanted it bare so bad that I was inside him before I thought better of it and put on a condom.
The guy I knew as a friend and trusted enough to let him come inside me despite knowing he had other partners too.

And even though most of those encounters held a risk of transmitting HIV, this is the first time anyone has told me after such an encounter that they were subsequently actually diagnosed with the virus. I promise myself that, if I test negative, I no longer have any excuse to not go on PrEP — the IMPACT trial is about to launch; failing that there’s the option of just sucking it up and paying for it myself even if I can’t quite afford it. While waiting for the window period to be over, I’m so nervous that I have basically no sex, and I do nothing that makes me vulnerable to infection.

And if I’m completely honest with myself, when the test does indeed come back negative, it is genuinely the first time in several years of being sexually extremely active (followed by this brief hiatus out of shock) that I am 100% certain of being HIV-negative. And that confirmed status, as a wake-up call, is something I want to — no, need to face head-on, and do everything within my power to maintain.