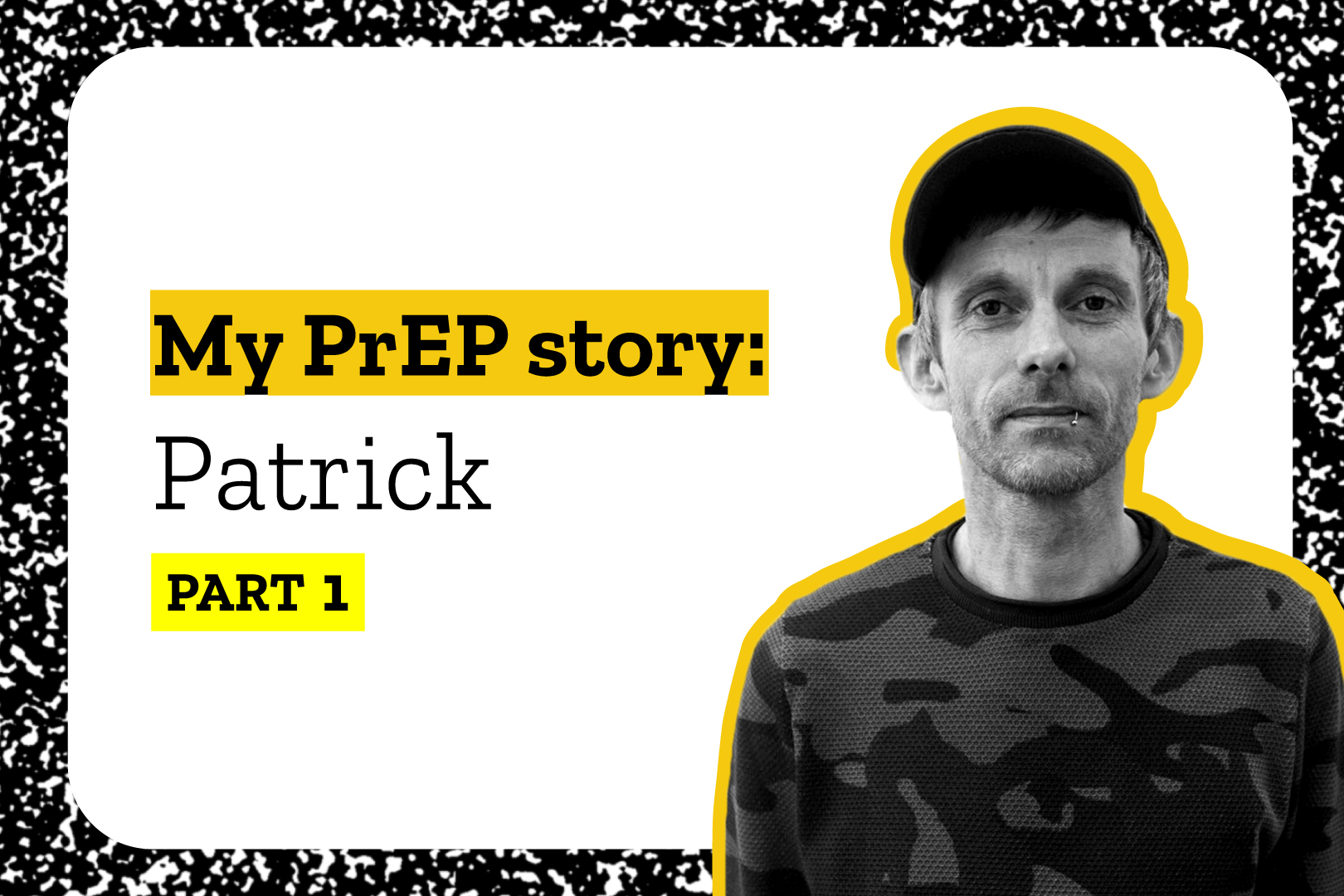 This blog originally appeared at http://lgbt.foundation/prep-saved-life – with thanks for permission to use

Dr. Patrick Baxter is a Sexual Health Officer at LGBT Foundation. He is also an artist, filmmaker, activist, researcher and occasional poet/performer. Patrick has recently finished a PhD and feature length film on ghost spaces in Ireland. He is passionate about sex, sexual health and cinema.

The Boiler Sauna in Berlin the night before Pride was a joy to behold. It’s safe to say that over my 12 hours stay in these steamy environs I expressed myself to the fullest with little care for who with, or how many, or what was used, other than I know that condoms were not invited to the party. Pride the next day continued in a similar vein. The sights, highs, flesh, and fluids of a hedonistic gay holiday – balmy July nights I wished would never end.

Naturally they did end, and when ‘reality’ came crashing down around me during a particularly wet week in Manchester, when I had time to reflect on the events of the week before, the usual fear and anxiety began to kick like a cold sweat gripping my back. It was during this period in a rather fractured on/off relationship with a gorgeous young guy who was (at that time) the love of my life, though ultimately someone who wasn’t suited to be in a relationship with a guy like me.

Here’s where the problems really arose. I am a battleship – I can cope with almost anything in life, I have so many friends living with HIV who are undetectable that I know it’s a manageable condition, and that I would be able to live happily with HIV. However, one idea I wasn’t able to cope with was the thought that I might transmit the virus to him. As tough as he likes to think he is, he is a fragile being and would not cope with a positive diagnosis. And of course, we barebacked after my Berlin soiree (he was fully informed about my nocturnal activities there – I am sexually honest to a fault).

I waited 2 months to get tested, a nervous 8 weeks to say the least. I had heard about PrEP but wasn’t very knowledgeable about it – I vaguely knew how it worked from experiences with PEP. I was aware that you could buy it off the internet because the NHS was reluctant to roll it out to MSM but I was understandably suspicious of buying medication online. It is striking how little information was available about this medication. Thankfully community sexual health services like the testing service at the LGBT Foundation exist, otherwise I would perhaps still be in the dark, a very anxious dark space.

The Sexual Health Officer at the LGBT Foundation talked me through the options for accessing and using PrEP. He provided me with info from advocacy groups like ‘PrEPster’, which belayed some of the myths and misinformation around this game-changing drug. Armed with this new knowledge I decided to self-medicate and access PrEP through the excellent website ‘iwantprepnow’.

I have to admit that the next few months were quite heady – I went on very a promiscuous trajectory after a brutal breakup with the gorgeous young one. This in itself was not an unusual reaction for me but the difference was this time that much of the post-fucking anxiety was removed. No matter how much you enjoy sex in the moment, I believe you can’t really have a totally free and enjoyable sex life if the moment is always up for review and when fear and negative reflection become an inevitable component of that process.

PrEP allowed me to fully enjoy sex and explore all my desires. Although they work for many people, condoms were always a barrier for me. I feel that they remove a layer of intimacy that is really important to me, and in a more immediately problematic sense it was difficult for me to maintain a hard-on using condoms when topping and they cause my ass irritations when bottoming. There are those that argue that PrEP is a ‘gay lifestyle drug’, that it encourages promiscuity, and that those that don’t use condoms are irresponsible. I take issue with all these notions – it’s not like people are promiscuous anyway, condoms don’t work for everyone, and I believe people who use PrEP are taking proactive control of their sexual health.

Self-medicating on PrEP is a very positive development, but there are a few issues that need flagging up. Self-medication is expensive and therefore prohibitive for many on low incomes. Furthermore, PrEP is solely a HIV preventative medicine and does not protect against STIs – in this regard it’s important that guys on PrEP with very active sex lives seek out regular STI screenings. With the imminent NHS rollout of the PrEP Impact trial there is now a great opportunity for people to engage with sexual health provision and have great, wild, adventurous, intimate and enjoyable sex.

Sex is a human right. Your sexual health is as important as any other part of your health. PrEP is not only a fantastic weapon in the fight against HIV but also opens up a space to talk about the type of sex we’re having, the type of sex we want, and why as a society we should be mature enough to talk about it. So come to the LGBT Foundation and let’s talk PrEP!