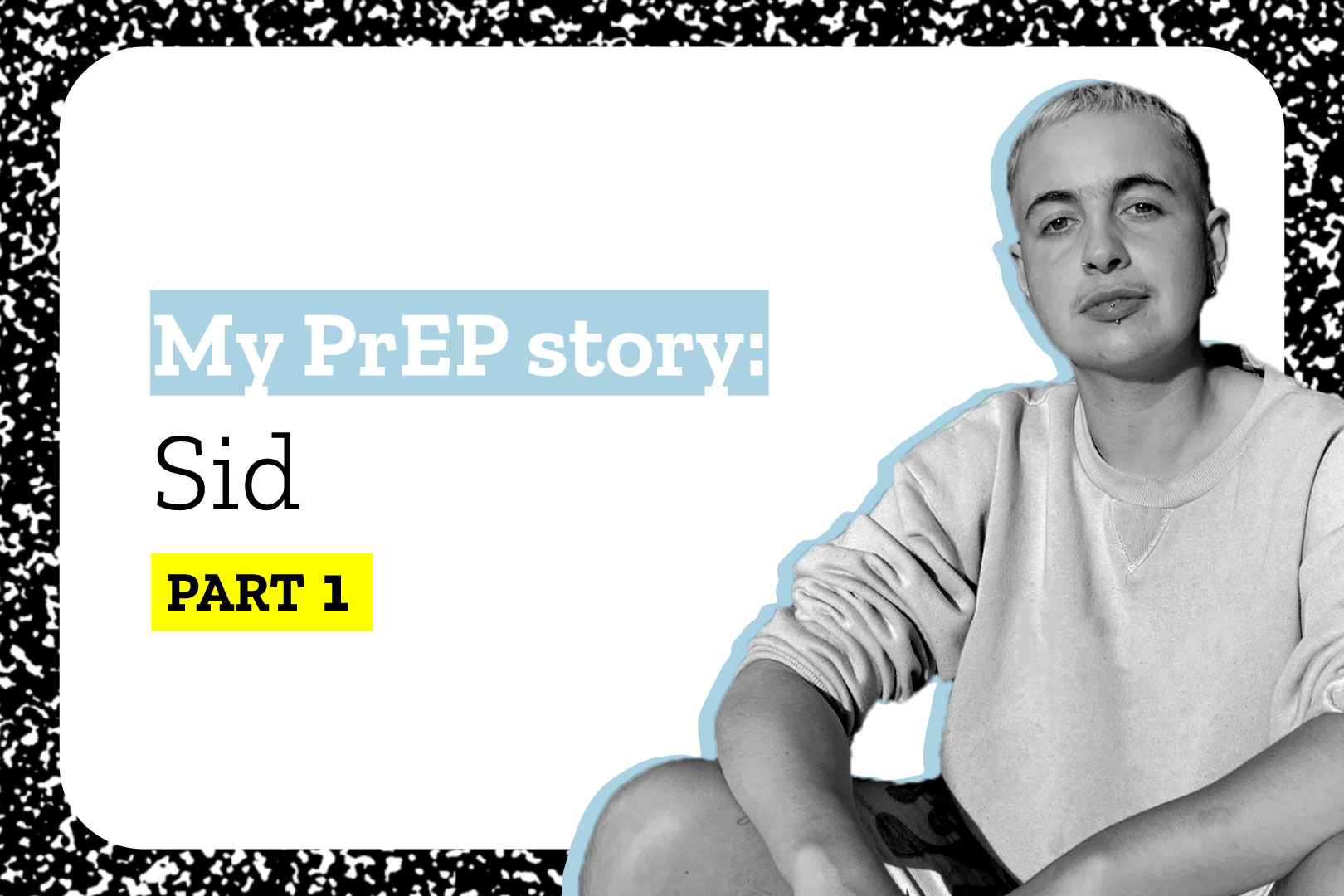 Sid (he/him/they) is a trans man working in Birmingham Community LGBT Centre as a youth worker, specifically with trans, nonbinary and gender-questioning young people, between the ages of 13-18.

I love my job and find it so rewarding to be able to support young trans, nonbinary and gender-questioning people to become more comfortable and confident with who they are early in life. Young people largely choose to engage with our service, but we also do some outreach work into schools. This relies on the school reaching out to our service to arrange sessions – there is no mandatory curriculum content that requires schools to address the specific needs of this cohort.

There is a massive amount of literature that shows that trans people have worse health outcomes generally and are disproportionately affected by HIV. Despite this, a lot of the young people I meet through my work have never heard of PrEP! They simply don’t know that this amazing option is available! It’s not something that is taught about in schools, in the same way that contraception and condom use is promoted, and it should be. Not addressing what is undoubtedly a huge part of gay culture within sex and relationships education in schools is systemically homophobic and is playing into HIV stigma. The sex education system is still very binary and so lots of non-binary young people can struggle to engage with this and often reporting ‘switching off’ as a result.

A major barrier to this cohort of young people engaging with sexual health services and places where they may hear about or be able to access PrEP, is fear of being mis-gendered, asked difficult questions about their sexual habits or having intimate examinations. It is often the case that people have tried to engage with sexual health services, but have had a bad experience and so have not returned…or perhaps they’re a great candidate for PrEP, but no one has ever identified this previously because they have not asked the right questions to establish that it would be beneficial! We often educate, reassure, and join our service-users up with our local sexual health service through the community centre, so they can protect themselves and others.