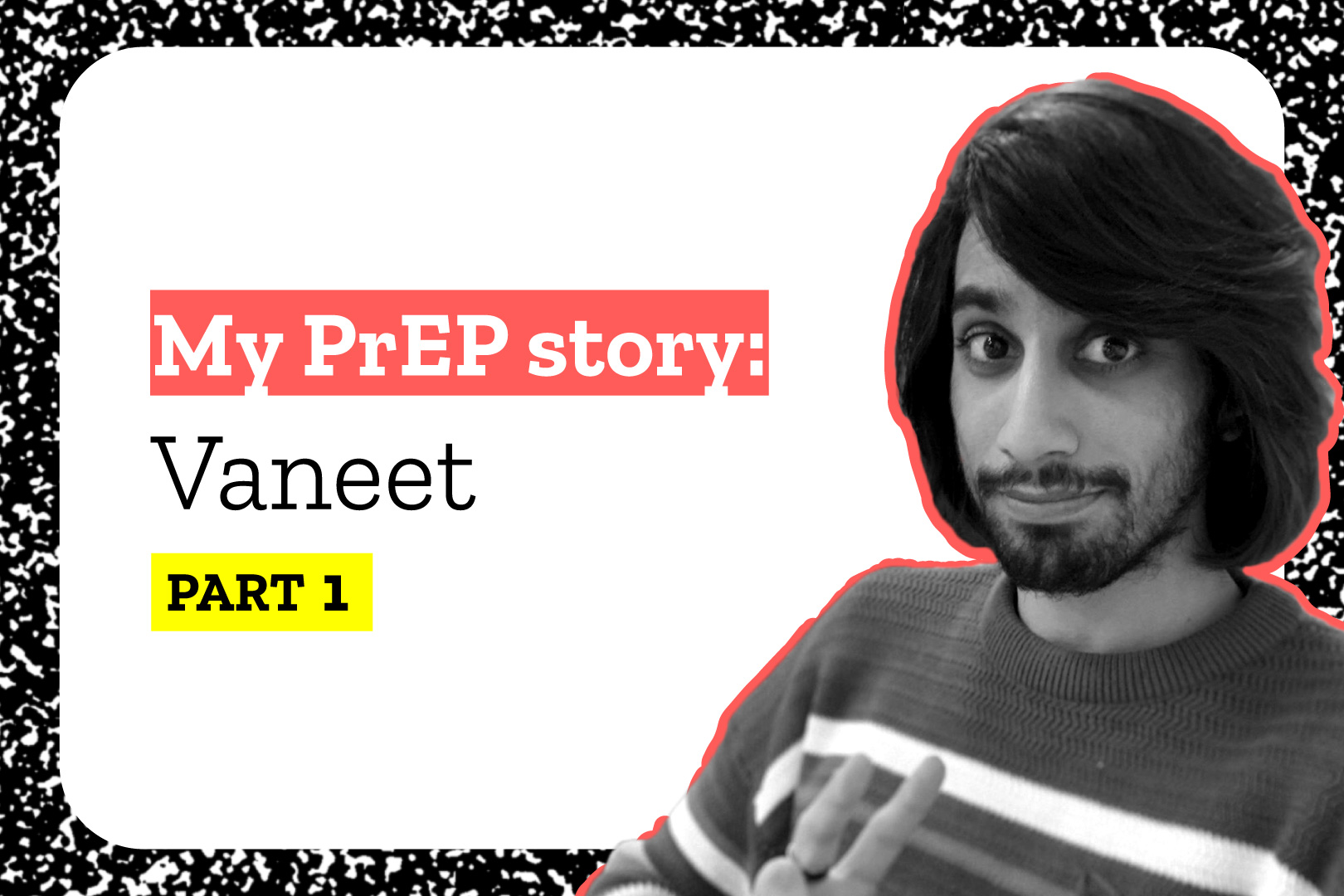 In Vaneet’s first MPS, he talks about HIV treatment from the perspective of an Indian bisexual HIV negative man, he thinks that all queer men of colour need to know more about treatment as prevention.

Being Indian and bisexual I’m more likely to be affected by HIV which makes it important that I take care of my sexual health. I try my best to learn as much I can about the different ways I can prevent HIV and STIs. I’m always up for helping PrEPster out with their work because I want to help make a difference in my community, as well as address the lack of representation of South Asian queer men in public health campaigns. I get tested every three to six months depending on how sexually active I am, I use condoms, and I take PrEP but I’m not on the NHS England IMPACT Trial yet – I’m thinking about applying to get on it. I feel like the three aforementioned methods are discussed at length, but I don’t have the same amount of conversations with my friends when it comes to treatment as prevention especially from the perspective of HIV negative people. That needs to change.

Treatment as Prevention (sometimes shortened to TasP and also known as antiretroviral therapy) refers to the effect that HIV treatment has on HIV transmission. TasP reduces the amount of HIV in the body which is called a viral load. Once the viral load goes under a certain level it becomes ‘undetectable’, meaning that the amount of HIV in the body is now so low that it will not even show up on a test. This both keeps the person living with HIV healthy with a normal lifespan and makes it impossible for them to pass HIV onto someone else, even when condoms are not used, so long as the pills are taken every single day. There’s only one way to know if you have HIV and that’s getting tested. If you are diagnosed with HIV, the sooner you start treatment the better it is for your health.

I’m HIV negative so I can’t speak on behalf of people living with HIV. I don’t know what it’s like to navigate the world with a life-changing condition that’s still heavily stigmatised today with many people still living with the fear and trauma of it. However, I believe that things can change. In order to completely eradicate HIV fear, anxiety, transmissions and stigma we need to work together and tackle it as a community. It shouldn’t be the sole responsibility of people with HIV. We can do this by informing and educating each other in our communities about sexual health.

For me personally, learning about TasP changed the way I saw HIV. Prior to learning about TasP, contracting HIV was always a fear of mine. I was anxious that if I were to sleep with someone who had HIV, I would contract it myself even if we were using condoms. I was worried that contracting HIV would change my whole life, that I wouldn’t be able to live the same way I was before. Understanding how treatment can keep the body healthy and can actually prevent it from being passed on really changed my mindset. I always use some form of protection myself, whether that’s condoms or PrEP, regardless of the status of my partner, as I believe looking after my sexual health is my responsibility. But that anxiety around sleeping with those who have HIV has melted away.

It is imperative that we teach queer men of colour the importance of HIV treatment and all the other ways to prevent HIV to stop it in its tracks. Whilst the number of people diagnosed with HIV has been falling overall, this trend does not hold true for queer men of colour. Black and brown queer men are still seen to be contracting HIV more than any other demographic whilst Latin American men have high rates of new HIV diagnoses and South Asian queer men are being diagnosed with late-stage HIV. Motivating others to test and detect things early can make all the difference. We can stop the poor health outcomes and stop HIV from propagating throughout our communities.