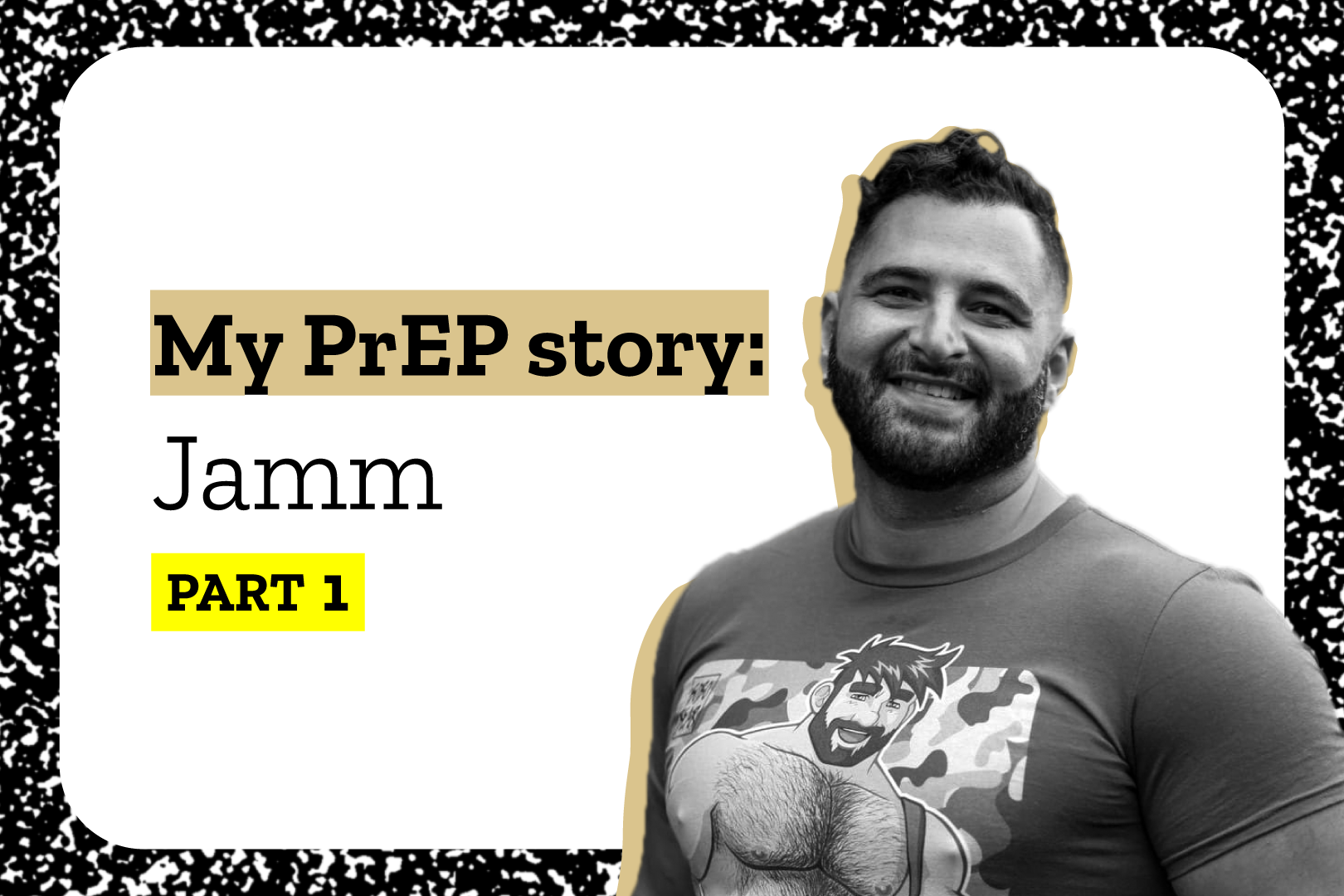 Jamm’s been on PrEP for 6 years – first on the PROUD Trial, then buying PrEP online, and now as a participant on the IMPACT Trial. In his first My PrEP Story Blog, Brighton-based Jamm says he’s cool being called a slut and why it doesn’t matter what anyone else thinks of his PrEP use.

At the end of a relationship of 13 years, civil partnership and everything, I suddenly found myself single, 33 years old and in the best physical shape I’d ever been. I took full advantage and threw myself around quite a lot. Having come from a sero-discordant and open relationship, I knew my way around the clinic. Years and years of condom use prevented me from getting HIV but I still hated them.

I spotted a flyer for the PROUD study at my clinic in Brighton, when it had just started, and I enrolled there and then. I knew the risks, but also the information and knowledge that already existed around the possible use of pre-exposure prophylaxis as a method of preventing HIV.

I decided to carry on using condoms even though I was on PrEP. I then got myself a boyfriend – one of the few men I’ve ever met who could keep up with my appetite – and we enjoyed a lot of adventures with a lot of people. We still do!

The PROUD study finished and my boyfriend and I started buying generic PrEP online. Thanks to the amazing I Want Prep Now website, we were able to buy it knowing it was the right stuff and it worked. Since then, we’ve both enrolled in the IMPACT Trial and we’re both happily taking PrEP, not using condoms and enjoying our sex lives exactly the way we want to.

The number of STIs I picked up didn’t go up or down. That’s a massive myth and the PROUD study proved it. I had mild side effects to Truvada, but what’s a little headache or a weird dream compared to not getting HIV? Even if the side effects were worse, I’d still take PrEP. They went away completely after a couple of weeks, anyway. I’ve been on PrEP for about 6 years now, I’m almost 40 and I have a fantastic sex life, free of guilt or worry or shame.

You do get judged occasionally, always by ignorant people. But it really doesn’t matter what anyone thinks of me taking PrEP. What’s important is that I won’t get HIV. If that makes me promiscuous or selfish or a terrible slut (or whatever the kids call it these days) then I’m cool with that.