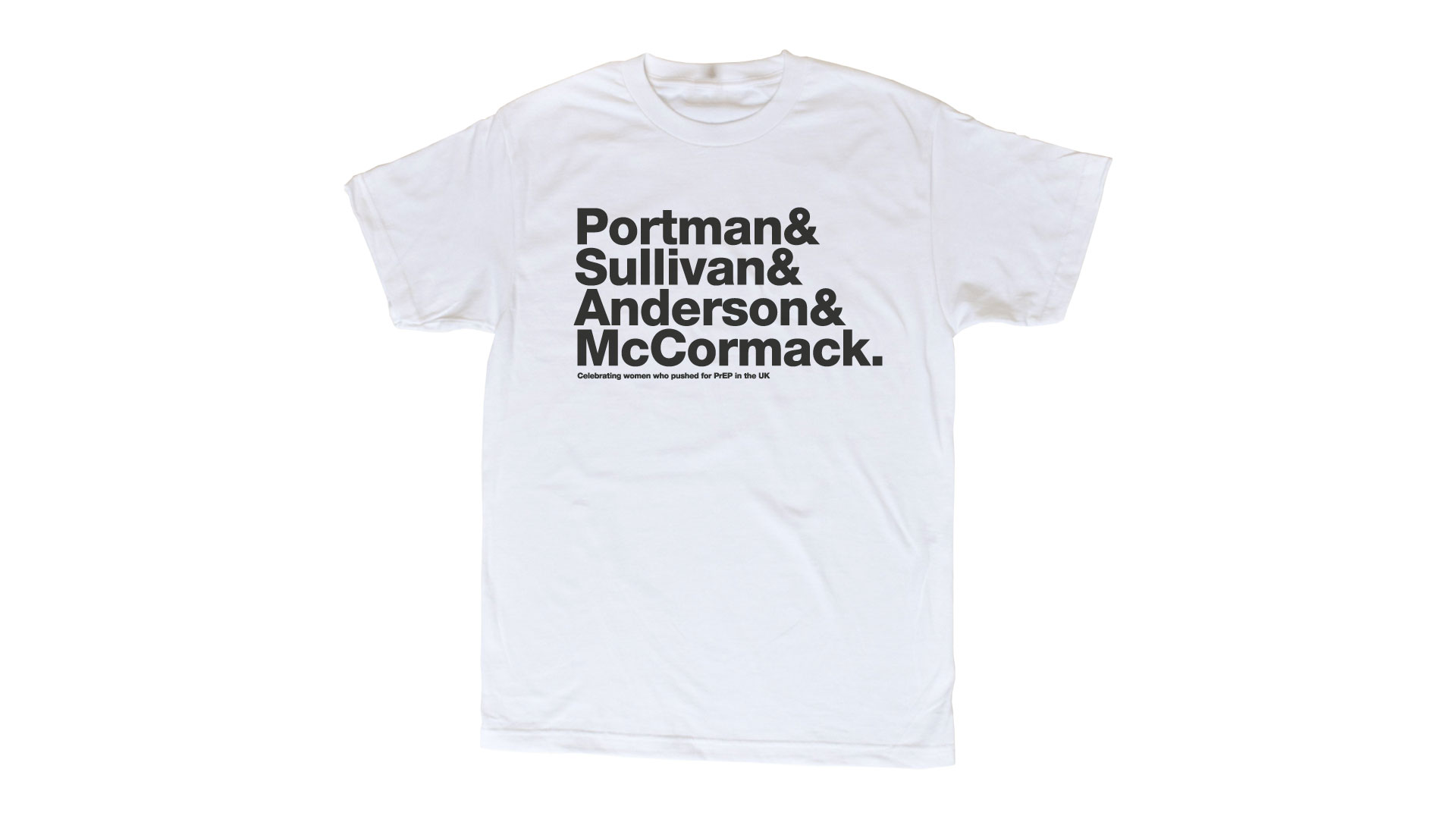 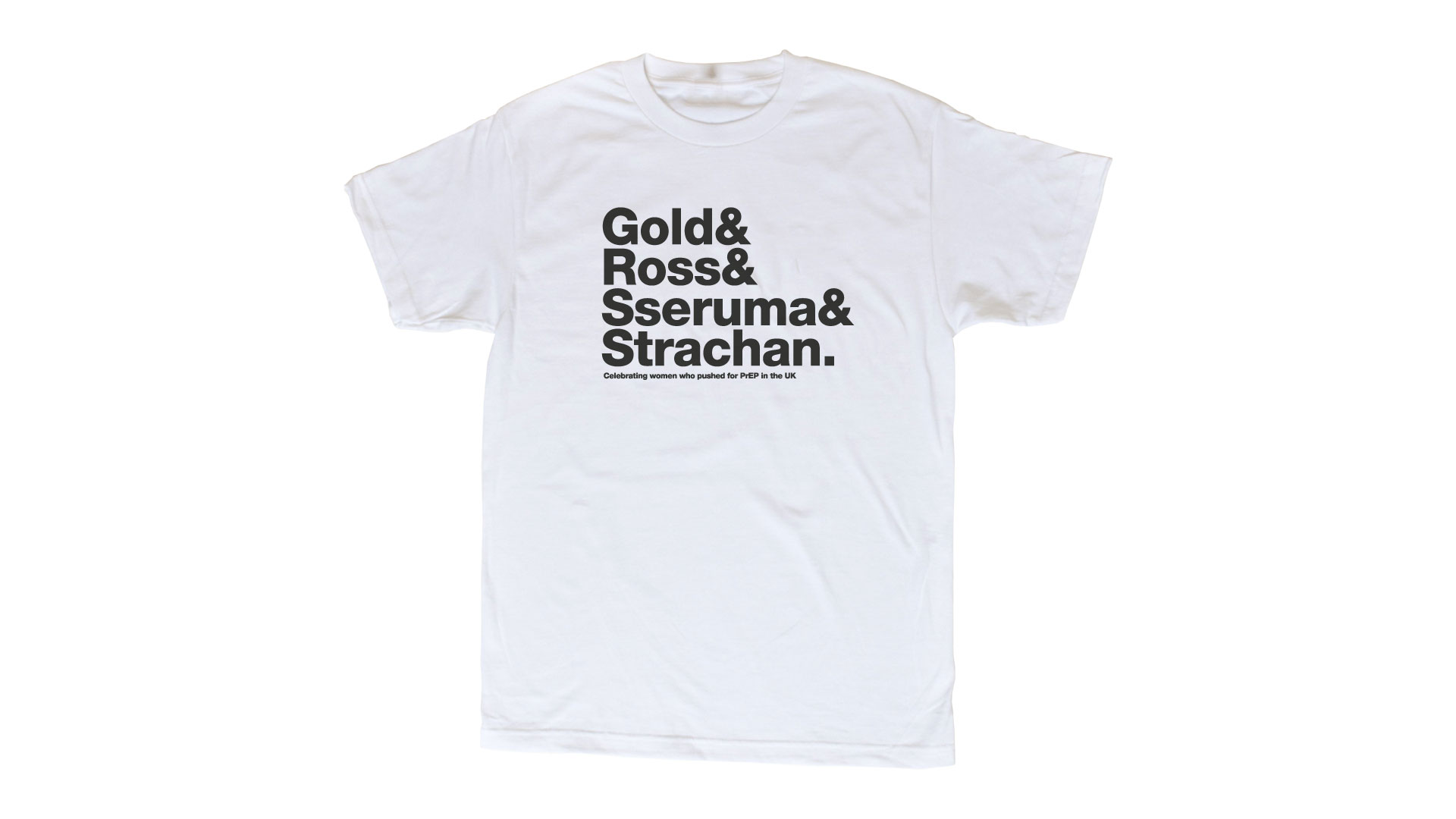 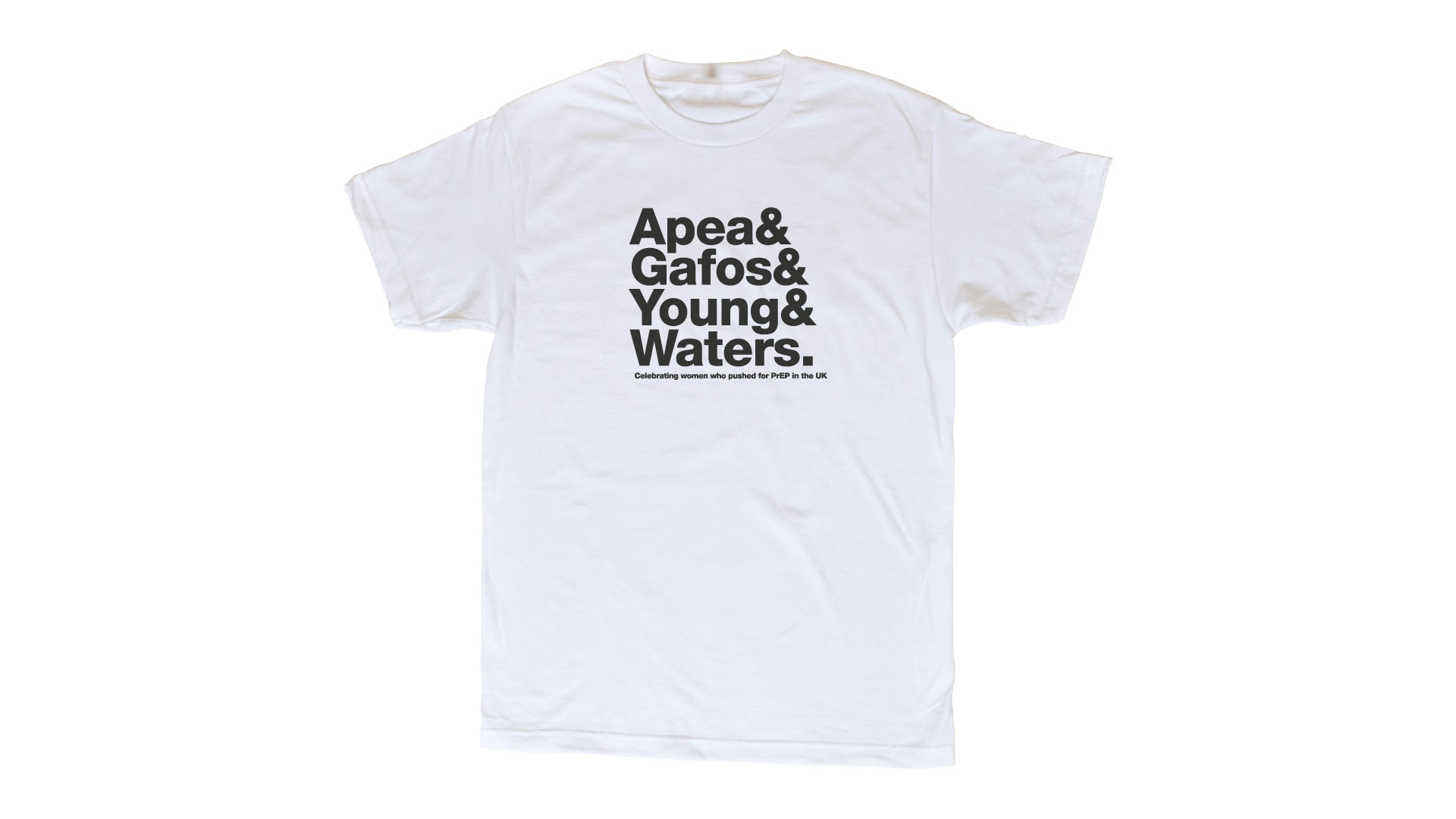 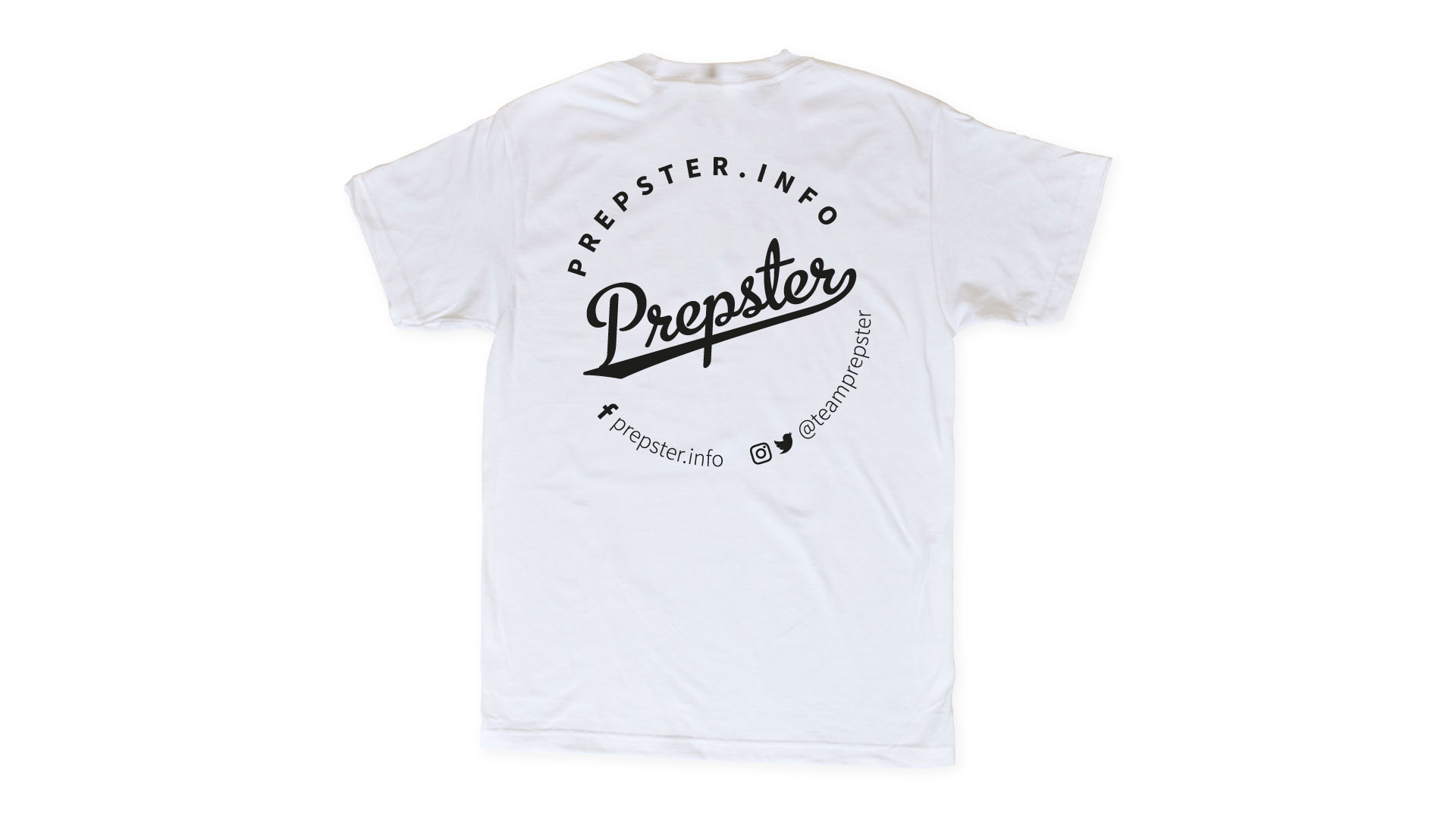 Nationally and globally too few women know about PrEP or have access to it.

Yet, women have been at the forefront of PrEP education, research and activism.

This International Women's Day we salute and honour the women who have pushed for PrEP in the UK and beyond.

Your education, research and activism has prevented tens of thousands of HIV infections.

Your commitment and work has shifted the face of HIV prevention.

You have changed the world.

All photos by Bernice Mulenga.

By naming individuals, we know we miss and exclude very many others. Tell us who we should include on a reprint by emailing hello@prepster.info. 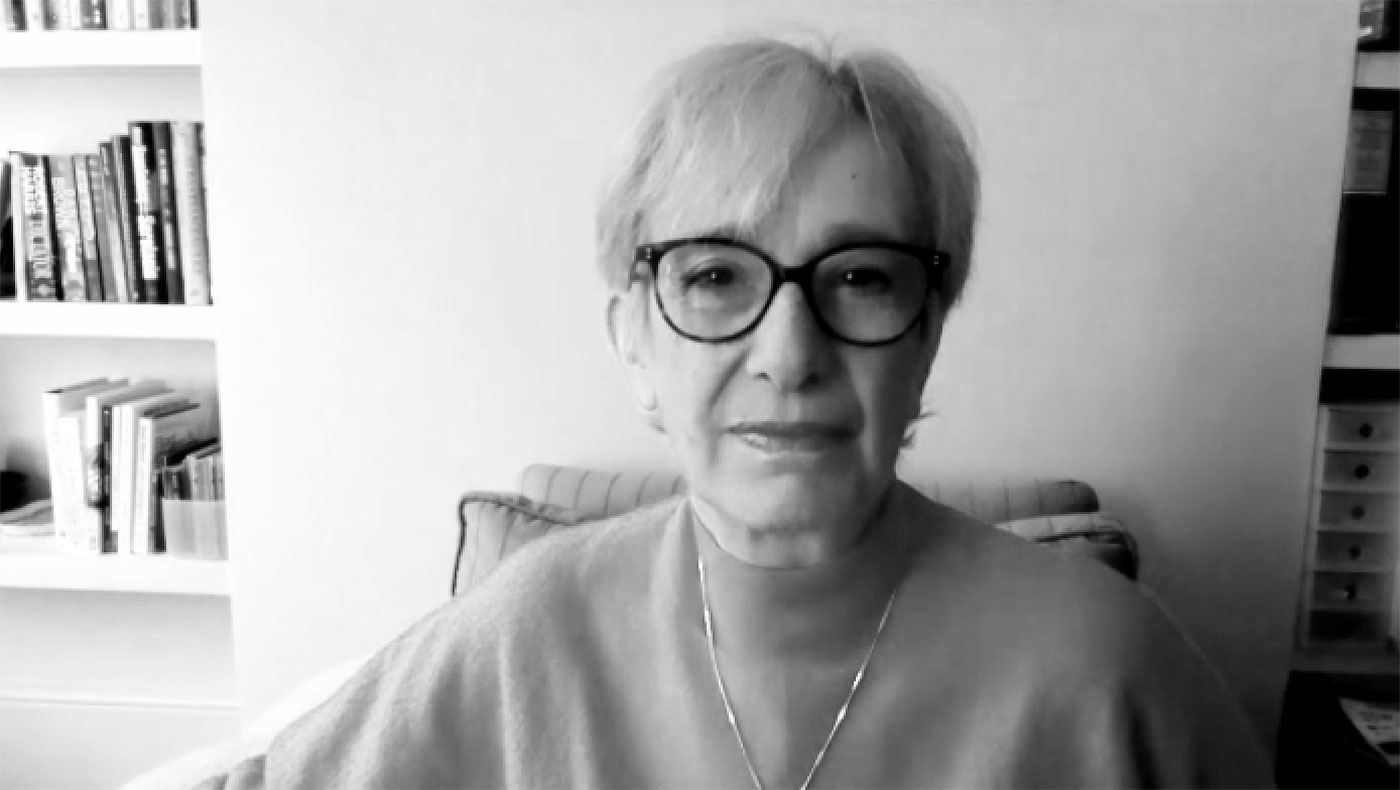 Jane Anderson is a doctor based in East London who has worked in the field of HIV since the 1980s. She has developed services and research that address the specific needs of women in relation to HIV. The results of a survey she undertook with colleagues amongst women attending termination of pregnancy services showed an almost complete lack of PrEP awareness, with many women expressing interest in knowing much more.

Jane co-chairs the London Fast Track Cities Leadership Group which has the ambition of reaching zero new HIV infections by 2030. Wider PrEP awareness and use is crucial if this is to be realised. In her role as Chair of the National AIDS Trust, Jane and the board supported the organisation in its legal and political actions that secured free access to PrEP in England .

Jane says “Before women can get the benefits of PrEP they need to know it exists, understand how to use it and have it within their reach. That means information, support, and access to PrEP medication must be appropriately tailored for women. This is a task for all services that have a role to play in the wellbeing of women, finding ways to bring PrEP into their work so that the right information and the right medication is in the right places at the right times.” 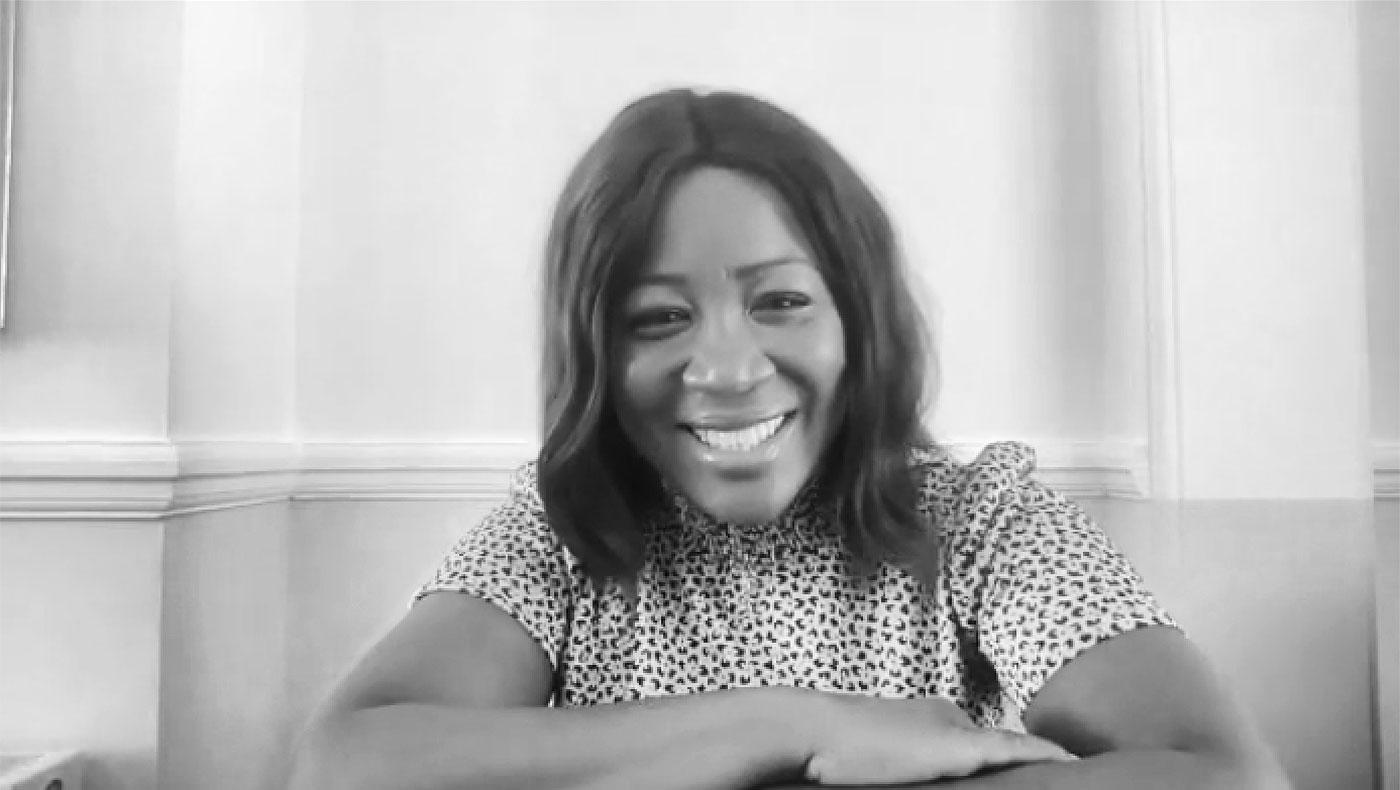 Vanessa, a Consultant Physician in Sexual Health and HIV medicine, has been working in the field for over 15 years. As a clinician at Barts Health and researcher at Queen Mary University of London, Vanessa has been committed to improving engagement in clinical care and promoting HIV prevention amongst marginalised groups.  As the lower uptake of PrEP amongst women and racially minoritised communities in the PrEP IMPACT trial emerged, Vanessa worked intensely with community colleagues to continuously advocate for the needs of these groups to be actively considered and co-designed key awareness initiatives.

Vanessa reflects: “PrEP must be accessible for all communities who need it. The low uptake of PrEP amongst women and other groups can only change through relentless and consistent engagement and co-creation with these groups – exploring their needs and shaping the “right” solutions for them." 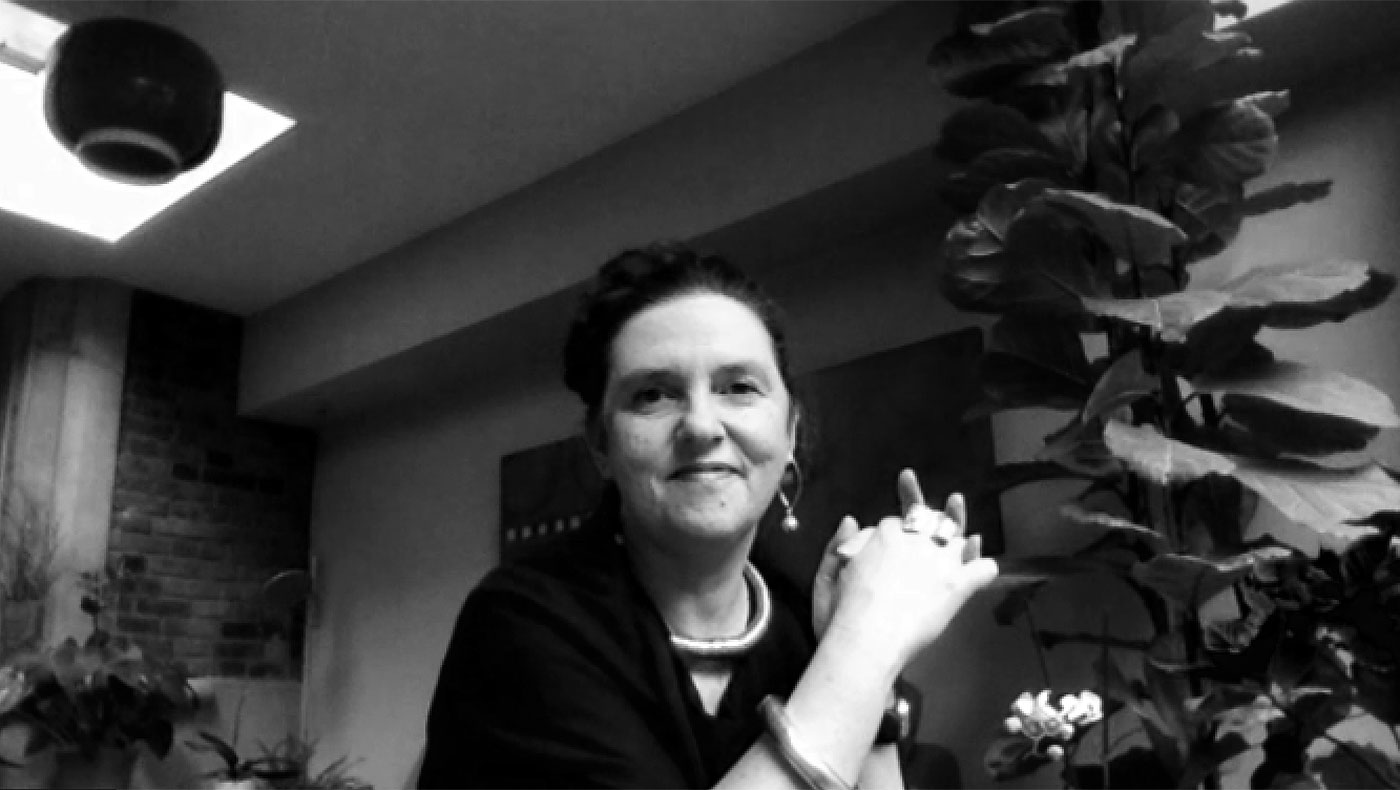 Mitzy Gafos, a researcher at London School of Hygiene and Tropical Medicine, has been working on HIV research since the early 2000s. In Southern Africa, Mitzy evaluated vaginal microbicides (or topical PrEP) before becoming a co-investigator on the PROUD Trial.

PROUD was the trial that brought oral PrEP to England, and Mitzy's commitment to involving participants and community members in the trial ensured that the learning from PROUD was accessible to the communities that would go on to take PrEP.

“As a researcher, there is no greater validation of our work than when the communities your research is designed to serve, make your role as an ‘advocate' redundant as they pick up and run with the research findings you have been part of generating! It was exciting to be part of the PROUD trial but it was even more exciting and rewarding to see community members use the trial findings to educate, advocate and agitate for PrEP!” 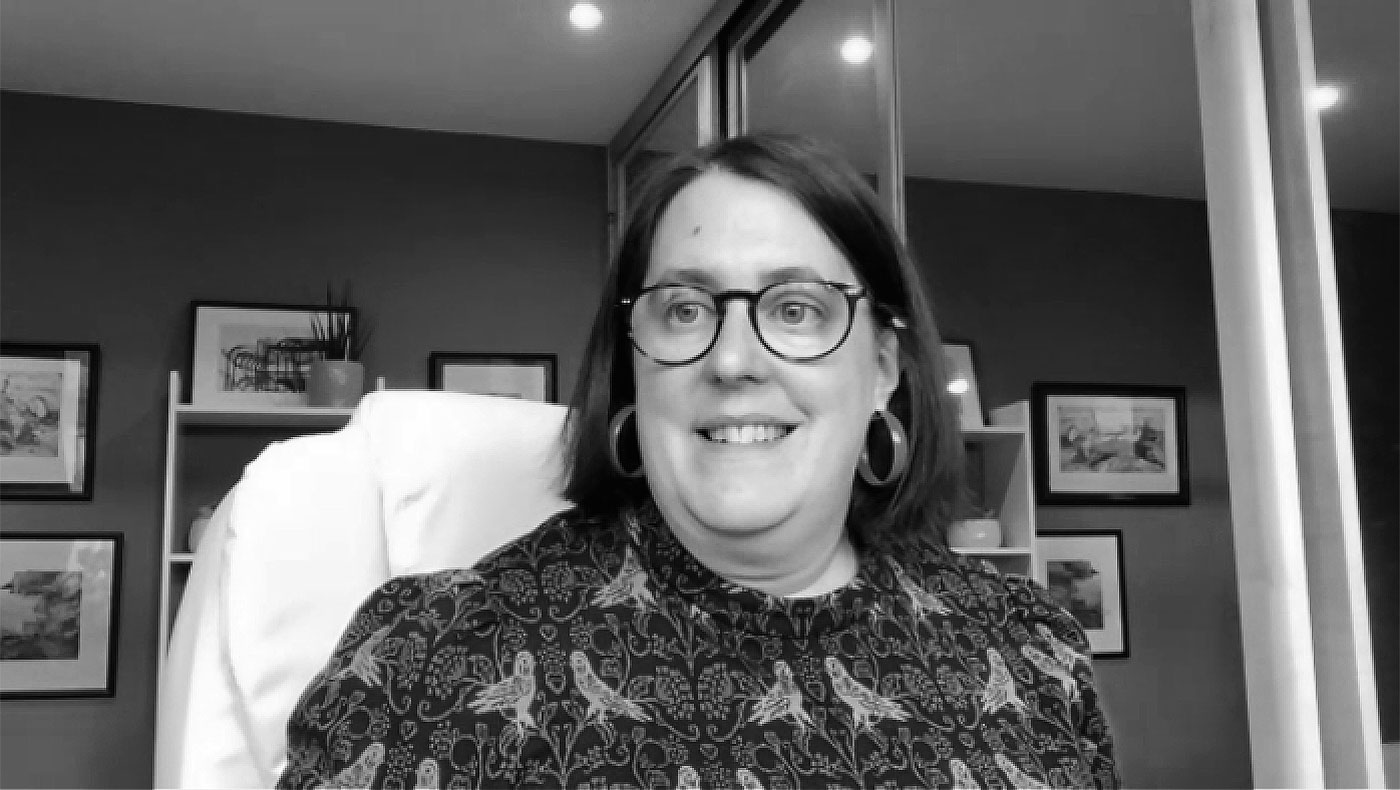 Deborah Gold is the Chief Executive of the National AIDS Trust (NAT), the UK’s HIV rights charity. In 2016, when the NHS announced that it did not have the legal ability to commission PrEP, Deborah led the organisation to take successful legal action, and then successfully defended that action at appeal, establishing that NHS England was able to commission PrEP.

As a result, NHS England launched the IMPACT Trial, making PrEP available to 10,000 people. Deborah Chaired the Community Advisory Board to the trial, and alongside colleagues from NAT and allies from across the sector, made the case for two increases in trial places (leading to an eventual 26,000 places), and for the Department of Health and Social care to make PrEP available through routine commissioning. This finally happened in 2020.

Deborah says “Making PrEP passively available for those who come to request it at a sexual health clinic will never meet the needs of women. If we are serious about giving women the tools to protect themselves from HIV, we need to encourage conversations about PrEP where women are: at GPs, at abortion services, at drug and alcohol services, at pharmacies, in schools and colleges.” 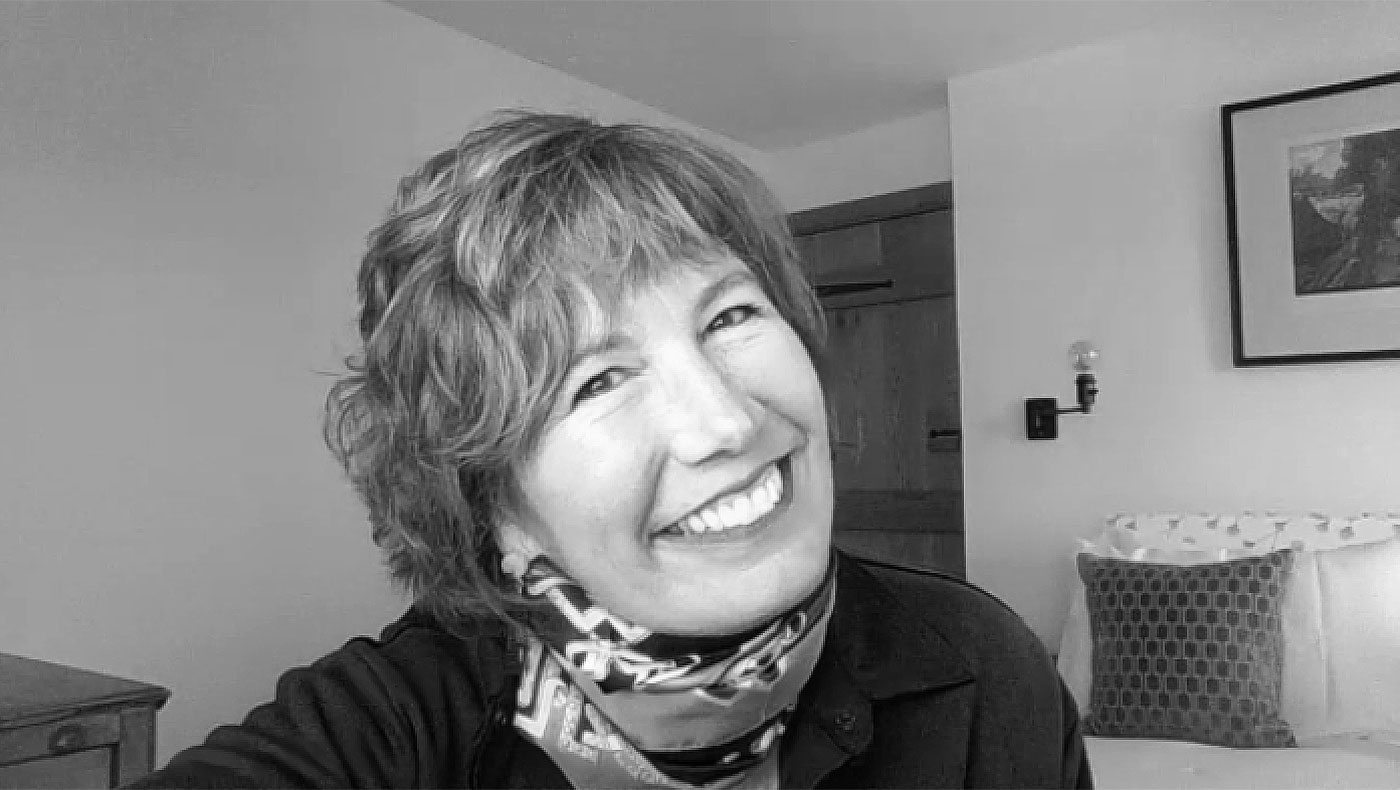 Sheena has been coordinating clinical trials since 1994 taking vaccines and vaginal gels from bench-to-final-testing in Europe and Sub Saharan Africa. Those trials showed no luck until the PROUD trial of oral PrEP in England demonstrated an 86% reduction in HIV incidence when PrEP was added to the standard HIV prevention package. With the help of amazing community organisations - including PrEPster - science was delivered to those who needed to know, and the reduction in new diagnoses in the UK has been beyond expectations.

Sheena says: “I am proud to be part of a movement that gave people knowledge and empowered them to live a life without fear.” 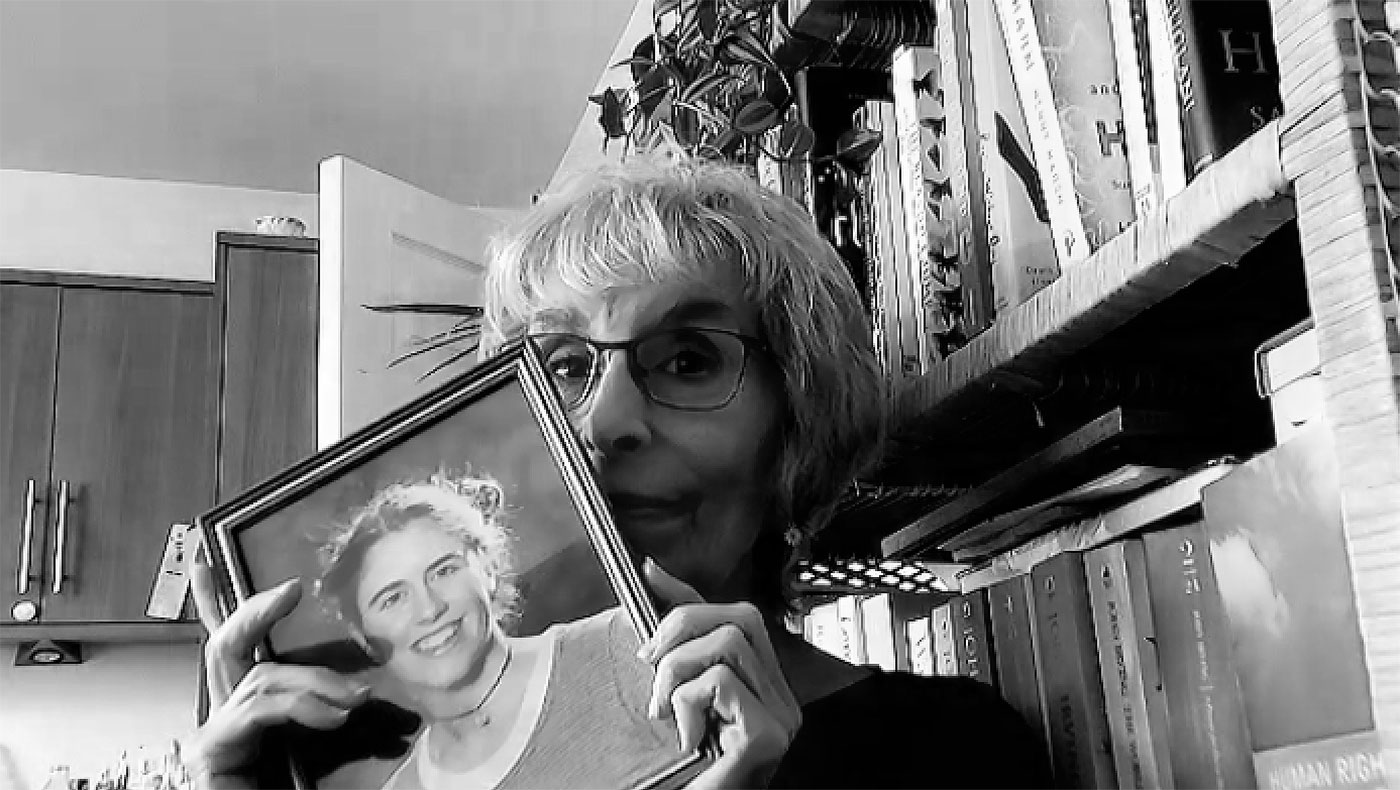 Dr Mags Portman was at the forefront of PrEP research and advocacy in the UK. Having trained as a GP in Glasgow, Mags went on to work at the Royal London Hospital in Whitechapel, and London's Mortimer Market Centre. Mags worked on the England PROUD PrEP trial.

Mags played a key role in supporting those of us who were buying PrEP online in the UK to do so safely. She pushed the General Medical Council to release advice on whether clinicians could recommend PrEP, even though it wasn't available on the NHS. In addition, Mags sought guidance on whether 'wrap-around' services - such as HIV testing and kidney function tests - should be available through NHS clinics for PrEP self-sourcers.

Mags' mother Denise Cann (featured in the portrait) says "It was a joy to see Mags doing something she loved. Her passion for PrEP fuelled her drive to change policy, secure safety and to use any convenient rooftop to spread the word. It is wonderful to know that these foundations continue to be built on, that lives will continue to be changed and supported, and that those lives can be fulfilling and fulfilled. Thank you, everyone. As she always did, Keep Smiling!”

Mags died on 6 February 2019. Her memory is cherished by her family, friends, colleagues and patients. 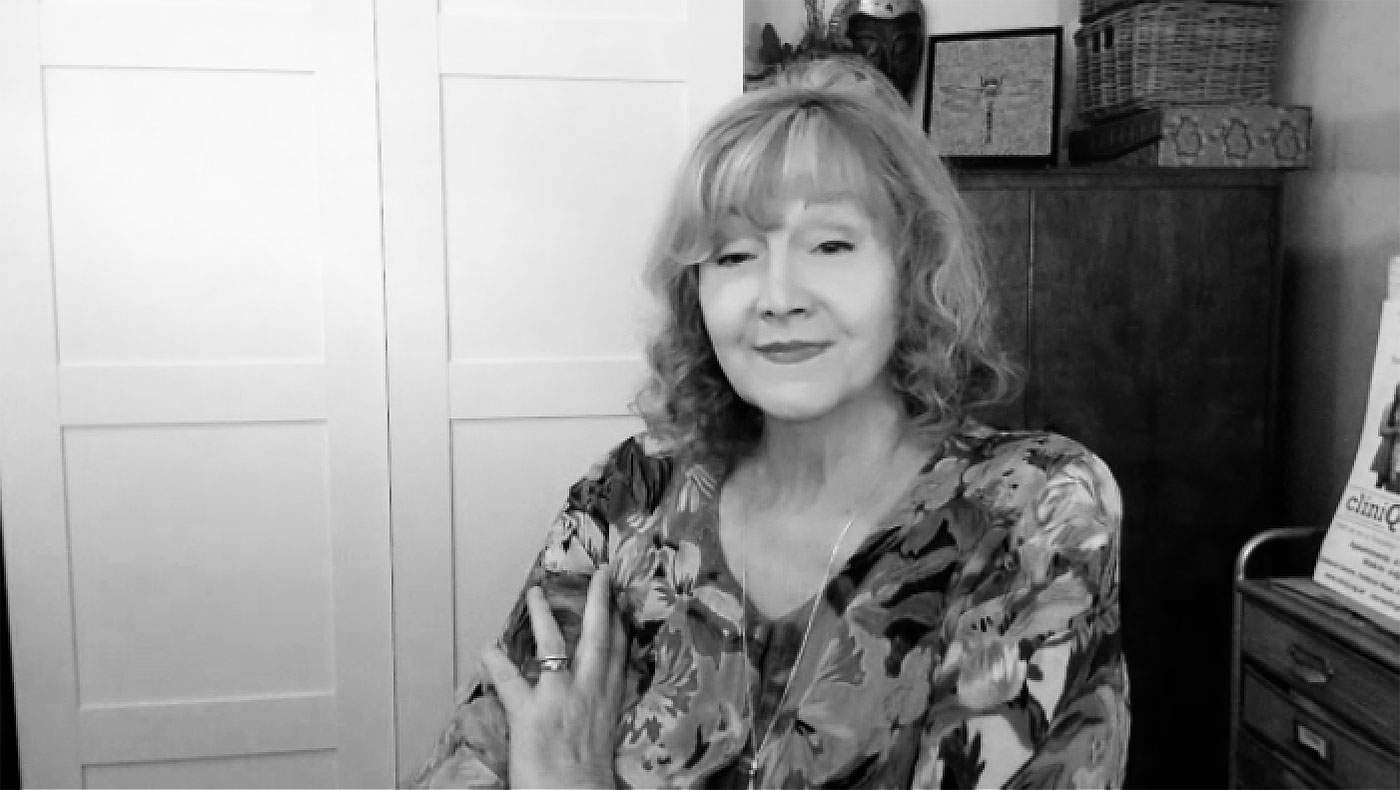 Michelle Ross has been on the frontlines of the community HIV response for decades. As an early volunteer on THT's helplines, Michelle provided hope to callers, when there was little hope to spare. That early experience and commitment led to the founding of CliniQ in 2010 - a service for trans, non-binary and gender diverse people.

When the PrEP IMPACT Trial started recruitment in October 2017, Michelle and colleagues insisted that the Trial needed to recruit more than cis gay men. She went on to develop CliniQ’s page and leaflets on PrEP for trans people as a result.

Michelle says: “We know that many women do not use sexual health services in the way that many other people do. PrEP needs to be available in community settings including GPs and local health centres if we have any chance in the UK of reaching no new HIV diagnoses by 2030”. 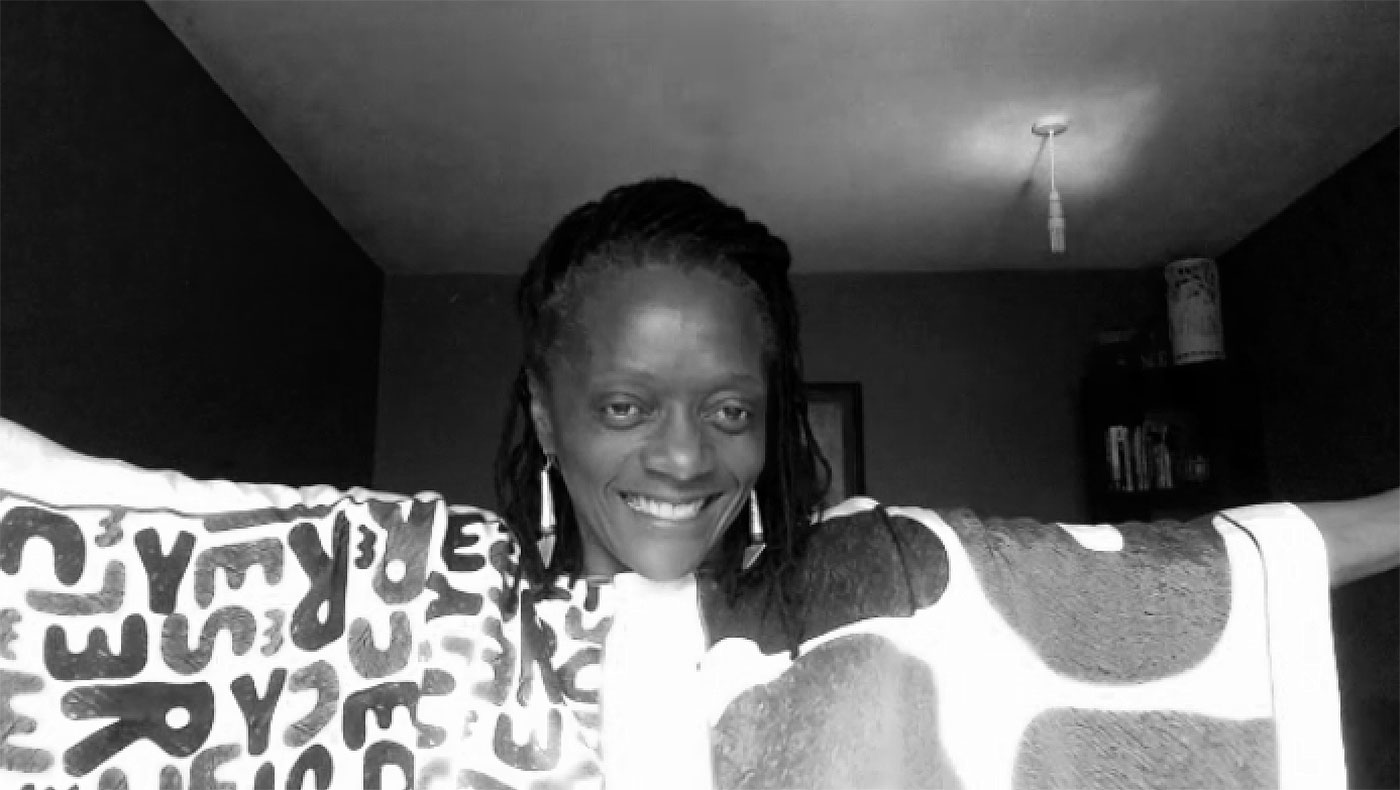 Winnie says "It is so important, not to mention empowering, for Black African women to know about and access PrEP if they need it. Currently, the opposite is happening. There is a lack of awareness and therefore accessibility. It is critical to invest and transform access to PrEP for women, especially African women. Lives are at stake." 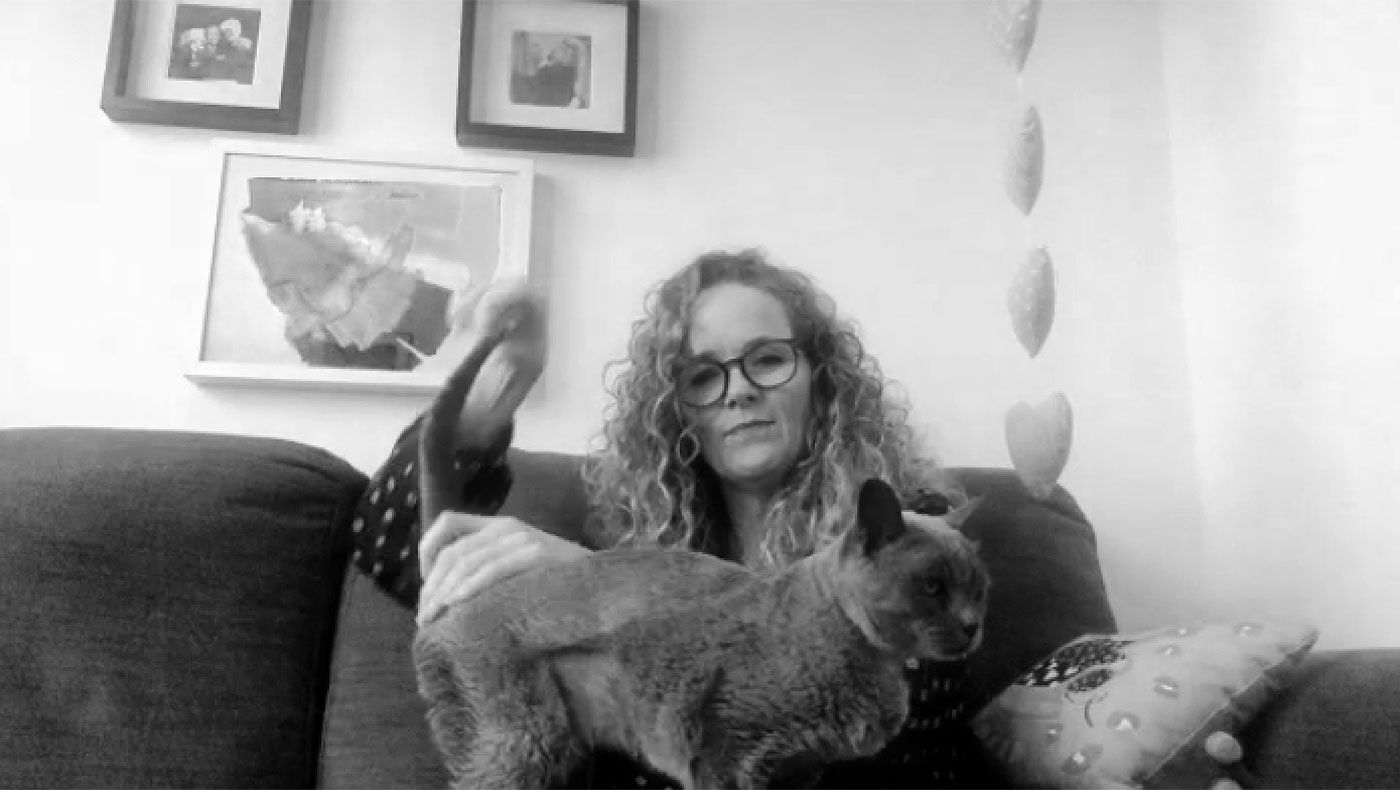 Sophie Stachan, an HIV activist for almost two decades, is the CEO of the Sophia Forum - an organisation that promotes and advocates for women living with HIV. As the co-chair of the women and others sub group on the IMPACT Trial, Sophie sought to address the disparities in knowledge and uptake of PrEP amongst communities outside of men who have sex with men.

On a daily basis, as her job as a sexual health adviser in London, Sophie helps people navigate access to PrEP, and supports them in their PrEP journey.

Sophie says “Cis and trans women were invisible in the early conversations around PrEP. We have a responsibility to ensure every individual has access to knowledge and information around PrEP so they can make informed decisions around HIV prevention options for themselves. That’s exactly why we set up the women and PrEP website!” 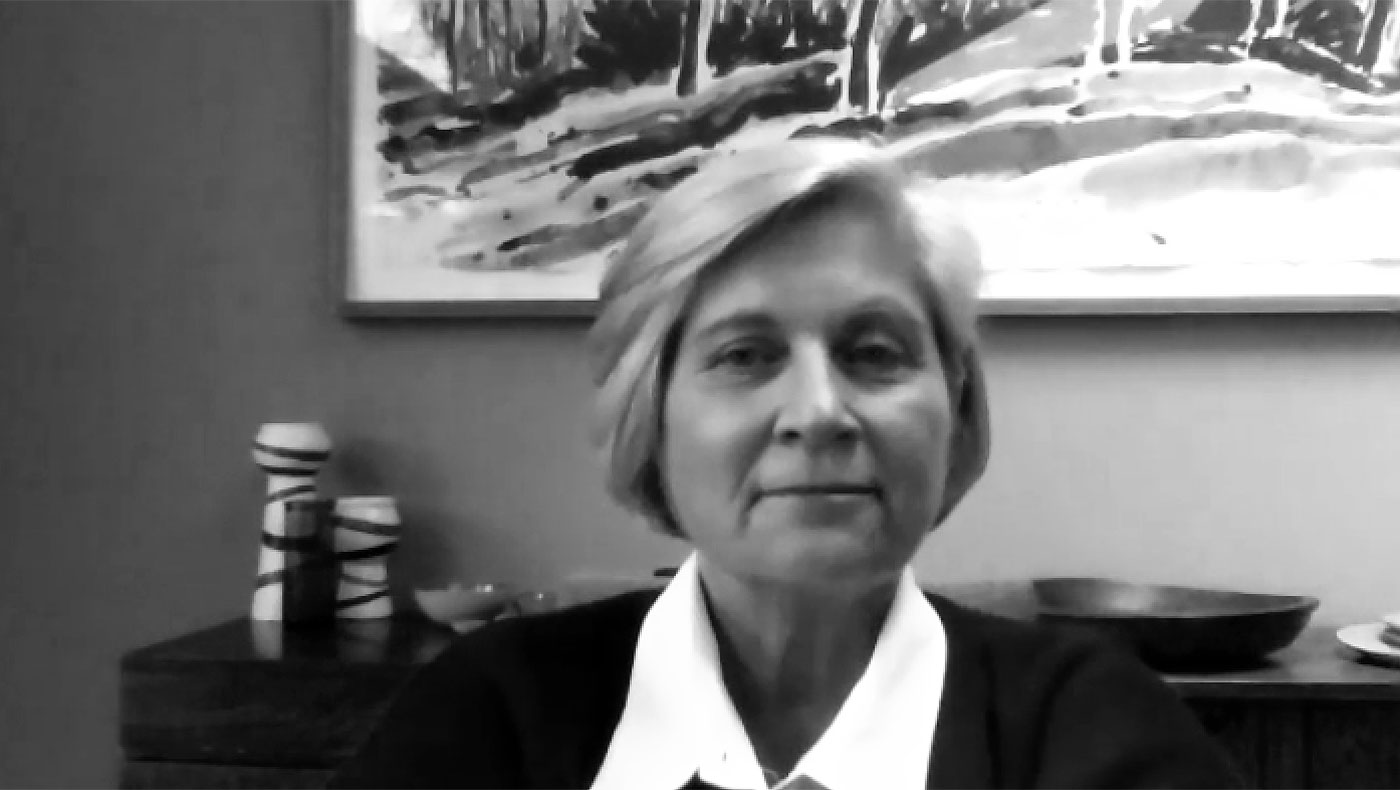 Ann is the Chief Investigator of the PrEP Impact trial which recruited over 24,000 people across more than 160 clinics in England, and confirmed the effectiveness of PrEP. The trial also provided essential information to inform the funding requirements for the new national programme. She was a co-investigator on the PROUD trial and is currently Chief Investigator on a new study of the experiences of underserved populations who took part in Impact.

Ann says “Impact was extremely successful in facilitating access to PrEP for men who have sex with men; our priority now is to ensure everyone has equitable access to this key HIV prevention tool.” 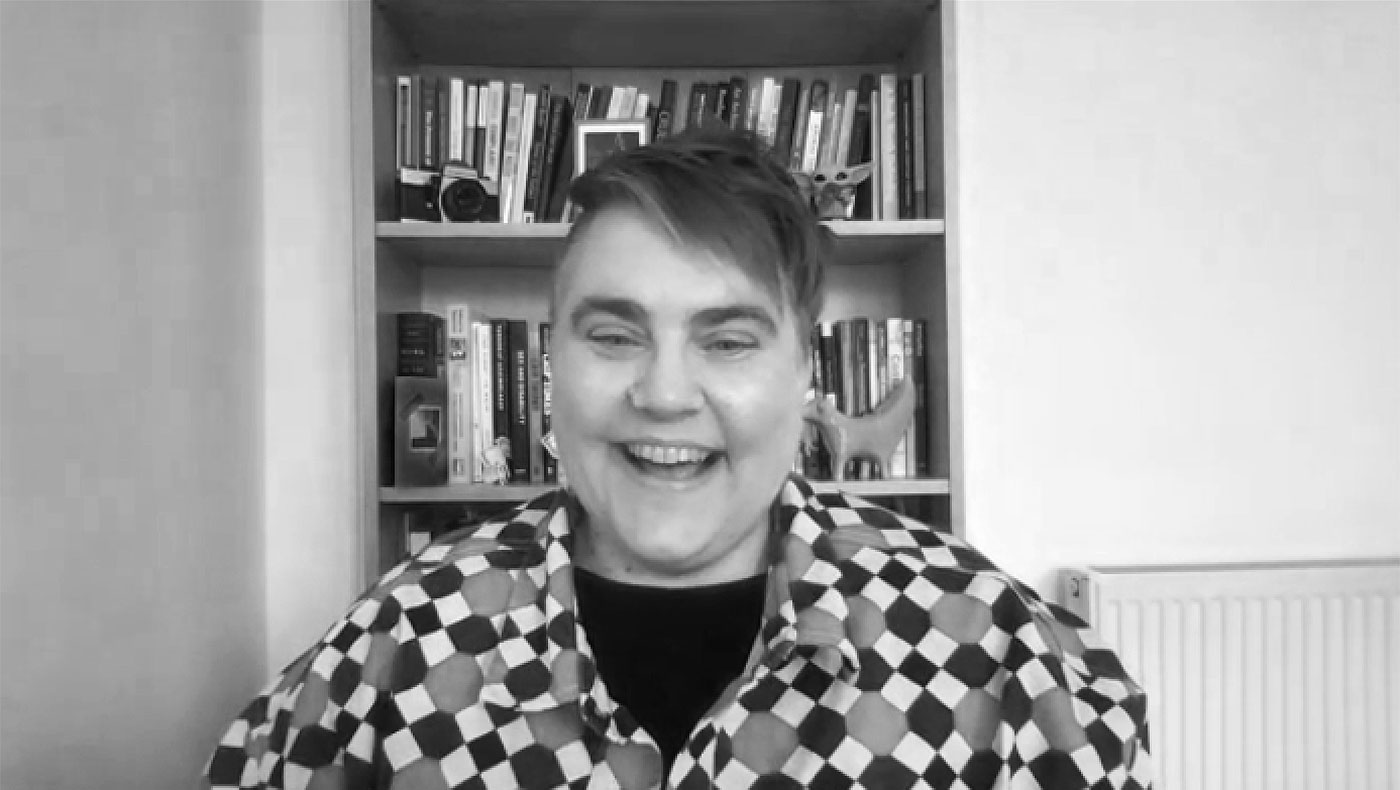 Ingrid Young is a qualitative researcher at the University of Edinburgh. She has been working with communities, third sector organisations, the NHS and policy makers on making PrEP available and accessible in Scotland & the rest of the UK for the last ten years. Ingrid has been involved in all manner of research studies, policy committees, community PrEP engagement sessions, PrEP literacy projects and general plotting with community activists and allies to ensure that PrEP was not only available on the NHS across the UK, but that it was provided (and supported) in ways that addressed and overcame inequalities. In particular, she pushed clinical and policy colleagues to think about how women and gender diverse communities would benefit from PrEP, to recognize their different practical and clinical needs when accessing PrEP, and how health services and organisations needed to listen to and respond to their gendered experiences.

Ingrid says “It’s difficult to say what I have done myself in relation to PrEP because I have always worked in collaboration with others and sought to foster conversations and collaborations about ‘who’ needs PrEP and ‘how’ they can be supported that goes past provision for the ‘usual suspects’. I’m really pleased that PrEP is finally available on the NHS across all four UK nations, but this is only the start. We still have so much work to do to make sure that women and gender diverse communities are a part of the process of designing and supporting services so that PrEP becomes a reality for anyone who needs it.” 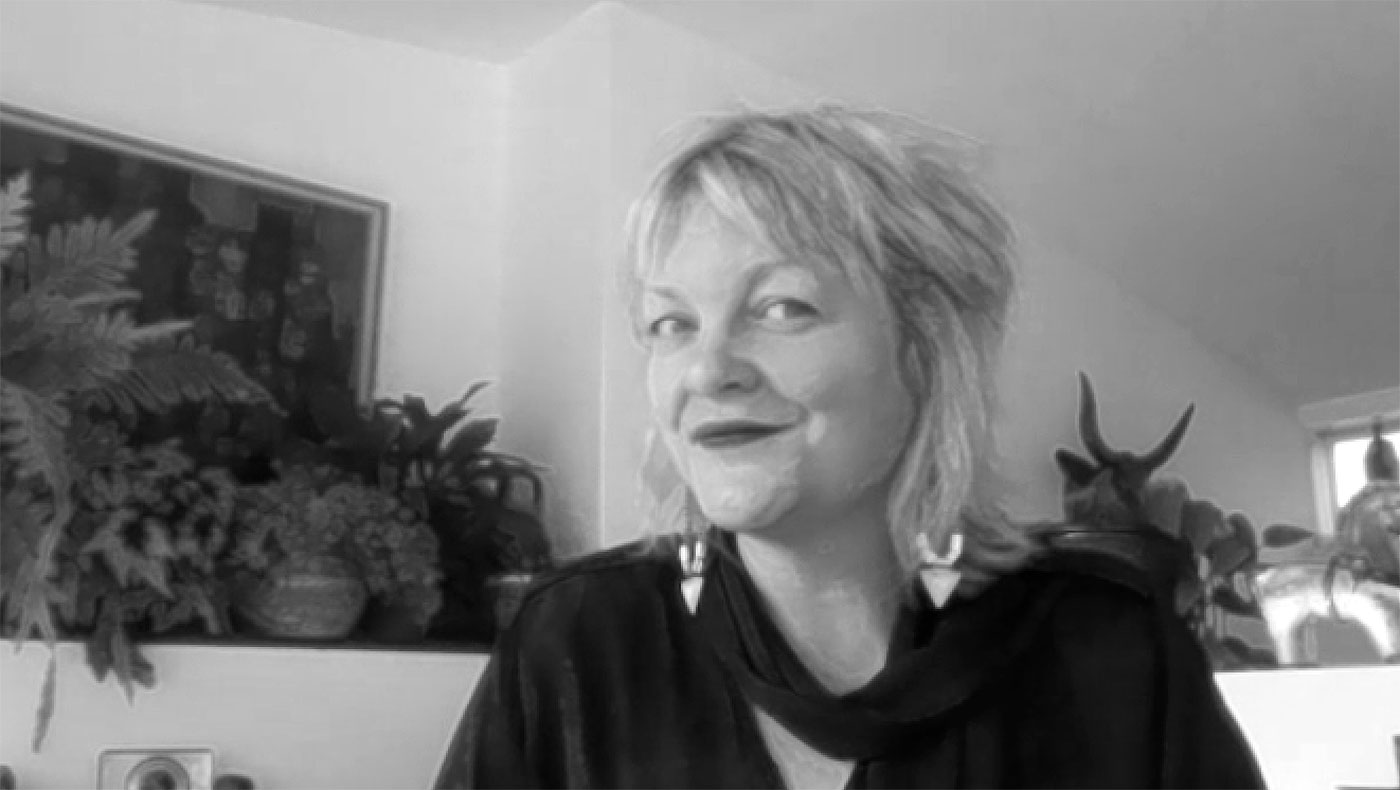 Laura Waters, a consultant physician, has worked in HIV & Sexual Health since 2002. She trained at Chelsea & Westminster, then worked in Brighton, before settling at the Mortimer Market Centre in London where she is HIV lead.

Laura was involved in the original PrEP working group which became the PrEP IMPACT trial, for which she was on the trial management group. She is committed to ensuring clinicians and people in need of PrEP have the right information to support the best decisions.

Laura says: "Knowledge is power! Only by equipping women with knowledge about PrEP will we ensure they have can enjoy the benefits of its preventative power".