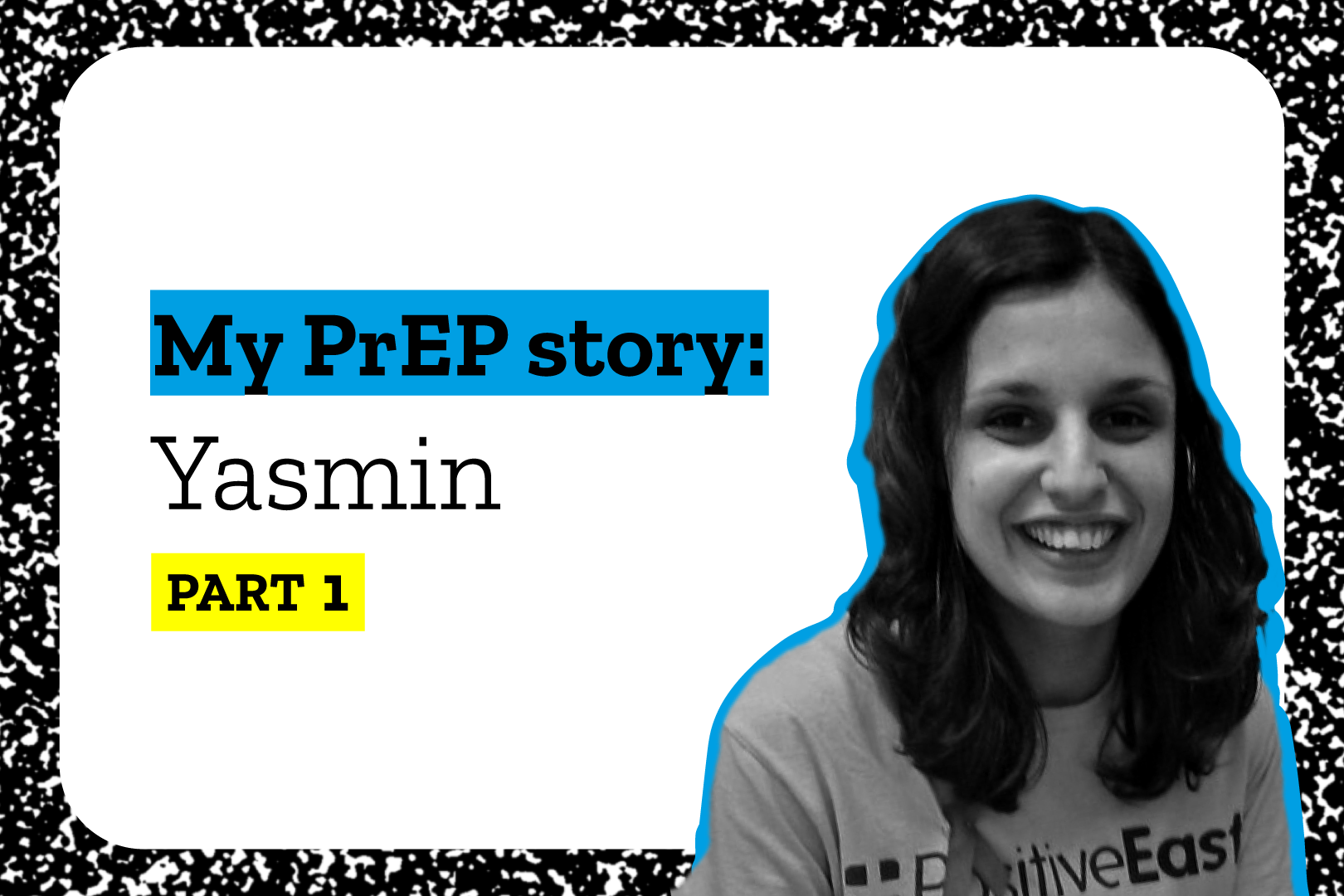 When Yasmin first heard about PrEP, her excitement turned to anger. And now she’s fighting back – PrEP offers one small tool to help women take control of their lives, and Yasmin is determined that women should know about it.

I don’t remember when I first became aware of PrEP – I suppose working in the HIV sector in the UK it was always a “thing” but it was never really “the thing”. It must have been over the course of 2016 when all the debates about the trial were happening and the NHS outright refused to fund this amazing prevention drug.

It took me a while to come around to the idea of PrEP though. I work for Positive East, who do amazing community work – we provide testing and prevention services to people who do not necessarily access sexual health services. So for me, PrEP always seemed a bit divorced from our reality. I mean, we were still talking to people about what HIV even was, and transmission routes, and why testing mattered and what risk even looks like, and now there was this new miracle drug that people can take to prevent HIV, but at that time, they had to buy it online.

It all seemed a bit beyond where we were with our community work.

And yet, little by little, I became a PrEP advocate. I saw the impact it had on clients who came to test, with some gay men reporting that they finally felt less anxiety around sex.

That can only be a good thing.

It was when the discussions around the impact trial started that I first started to feel angry. If we look at the prevalence around HIV in the UK, there is a clear need for prevention efforts to be targeted at gay and bisexual men, but also at heterosexual communities at elevated risk, including African communities and other ethnic minority groups in the UK, and, especially, ethnic minority women. And yet, when the discussions around the criteria for inclusion on the trial started happening, it felt like everyone knew how to target gay men, and yet the entire concept of understanding heterosexual risk was beyond us.

Even now I don’t think as a sector we are doing enough.

Women, globally, make up more than half of all people living with HIV. AIDS-related illnesses remain the leading cause of death for women of reproductive age (15-44). Young women are twice as likely to acquire HIV as their male counterparts. Women and girls are at increased risk of contracting HIV, due to biological, social and behavioural factors.

As women, we often have less control over our sexual choices and bodily autonomy than men.

I know this to be true not just because of the work that I do, but because I live as a young ethnic minority woman. I have been harassed and sexually assaulted by virtue of my gender. As a younger woman I wasn’t always able to fight back.

I brushed it aside, normalised it, joked about it with friends.

But now I want to fight back.

And if it allows us to think of a future beyond wrapping our genitals in plastic, then that should be celebrated.